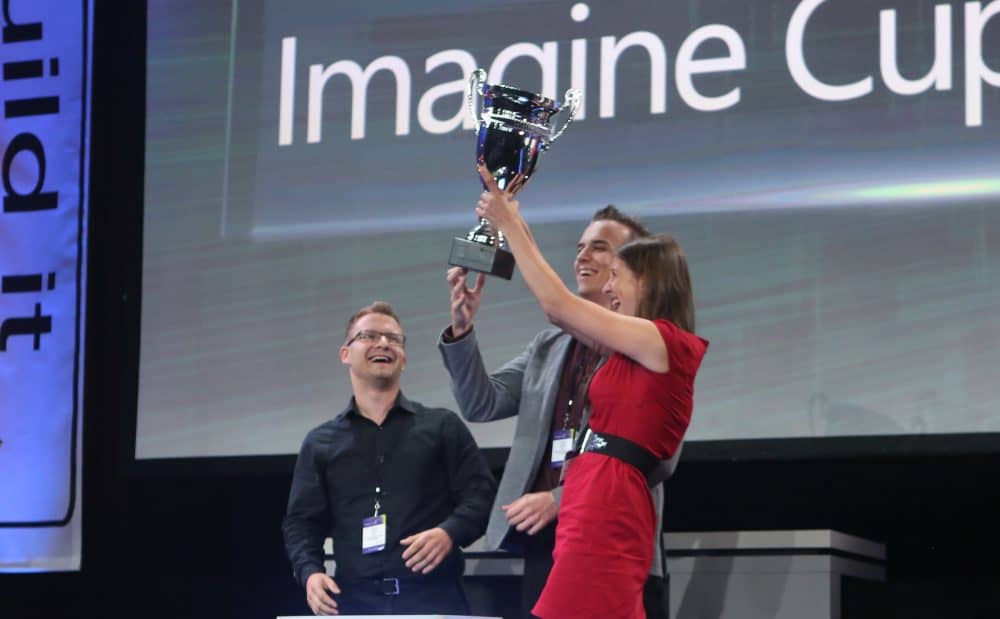 Microsoft today announced the winners of Imagine Cup 2017. Coming on top of the competition as champions this year is Team X.GLU of the Czech Republic, who created a project that is designed to help people with diabetes.

The winning team is bringing home $100,000 in cash, a $125,000 Azure Grant, and a mentoring session with Microsoft CEO Satya Nadella. Their project combined hardware with Microsoft's Azure cloud solution and can help those who suffer from diabetes better handle the symptoms of the disease.

Second place, meanwhile, went to Team Oculogx of the United States, who built a mixed reality app that combines HoloLens and Azure to find items in large warehouses. In third place was Team NeuroGate of Canada, who designed a system that uses Microsoft Kinect and machine learning to diagnose potential neurodegenerative diseases.

Judges for the final round of Imagine Cup 2017 included  Black Girls Code founder Kimberly Bryant, Harvard University computer science professor Dr. David Malan, and Microsoft Technical Fellow Mark Russinovich. A total of 54 teams from 39 countries participated in the Imagine Cup World Finals before it was narrowed down to the final four. Congratulations to the winners, and here's to more innovations in next year's Imagine Cup!

Microsoft makes some important changes to its Windows 10 servicing model