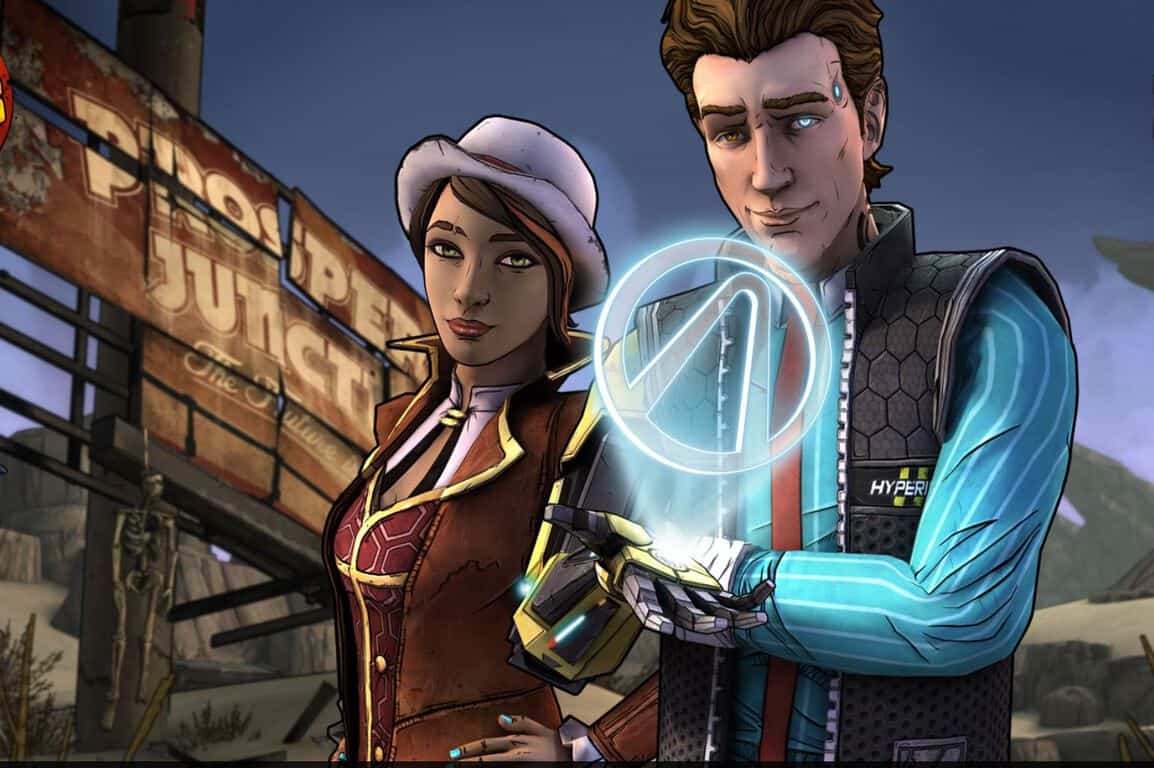 Major Nelson just announced the arrival of Episode 5 of Telltale Games's Borderlands spin-off, Tales From The Borderlands. The episode will be available for purchase, as well as being available immediately to Season Pass owners.
Set in the world of the famous FPS-slash-RPG shooter, with the timeline coming after the events in Borderlands 2, the point-n-click game follows two unlikely heroes: henchman to Hyperion Corp. Rhy, and con-artist Fiona, on their adventure together (unwillingly) to recover money each believe to be theirs. Players will get to enjoy various events in the story from both of their perspectives (the "Big Fish version of what happened" as Telltale games put it), as well as meeting many characters from the original series, including powerhouse Brick from Borderlands 1, gun salesman Marcus and Borderland 2's Assassin class Zer0. A lot of original characters are also introduced into the series.
Episode 5, titled "The Vault of The Traveler," will be the finale of the series, marking almost one year since the release of the first episode (November 25, 2014). The final episode of another of Telltales's point-n-click spin-off series based on popular media, Game of Thrones, is set to release some time in November, so be sure to stay tuned for upcoming news.