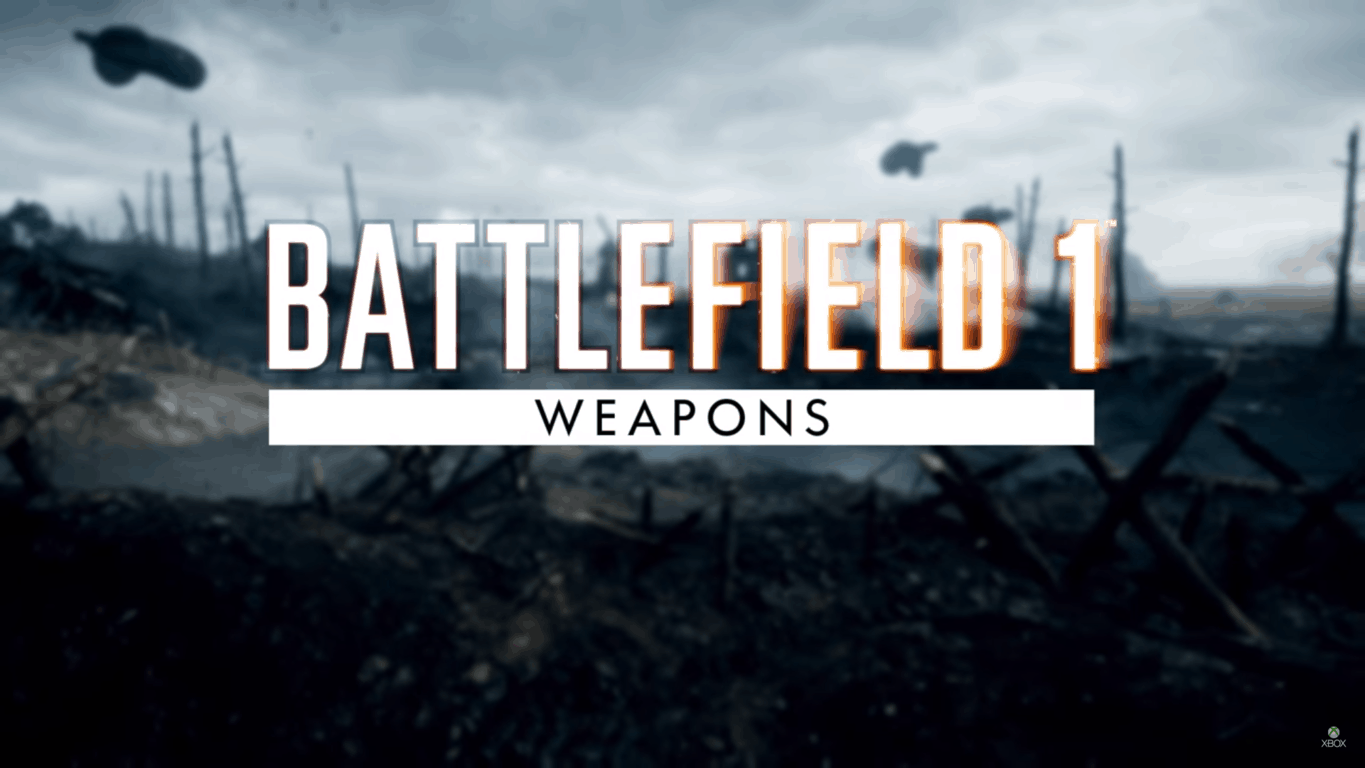 EA always takes considerable measures to research and develop their video games. Particularly with the Battlefield franchise, criticism of the action-packed war games  have always come down to the weapons. Do they feel realistic, immersive, and powerful? For Battlefield 1, bearing arms is one of their proudest features. Enough so to take the spotlight in the first of their Gameplay Series videos counting down towards the inevitable release in October.

In the World War 1 setting, the Battlefield 1 team has focused on bringing the best and most common weapons for the time period. This addition to the franchise is much different than the usual urban settings and fast vehicles. According to Creative Director Lars Gustavsson, "It is a different experience. It's much more up close and personal."

This is the first video we've seen since the E3 official gameplay trailer and live multiplayer stream hosted over a month ago. From what we know, players will be able to experience the full World War 1 with epic battles in key locations. Take the fight straight to the besieged cities throughout France, break your way through the fortified mountains of the Italian Alps, and experience head to head combat under the blazing sun of the Arabian desert. Battlefield 1 has large scale battles that can be approached by sea, air, or land with a heavy multiplayer campaign for up to 62 soldiers.

Battlefield 1 will release worldwide on October 21, 2016. If that's not soon enough for you, it will be available for EA Access on Xbox One before any other platform on October 18. Pre-order are already available on the Xbox Store including plenty of bundles with the game. The Battlefield 1 Early Enlister Deluxe Edition lets you play earlier with a code for one month of EA Access. That's not the only thing that you'll get to play earlier, though. With the bundle, you'll also be able to have a week of early access to an unannounced map that will be releasing later in the year.