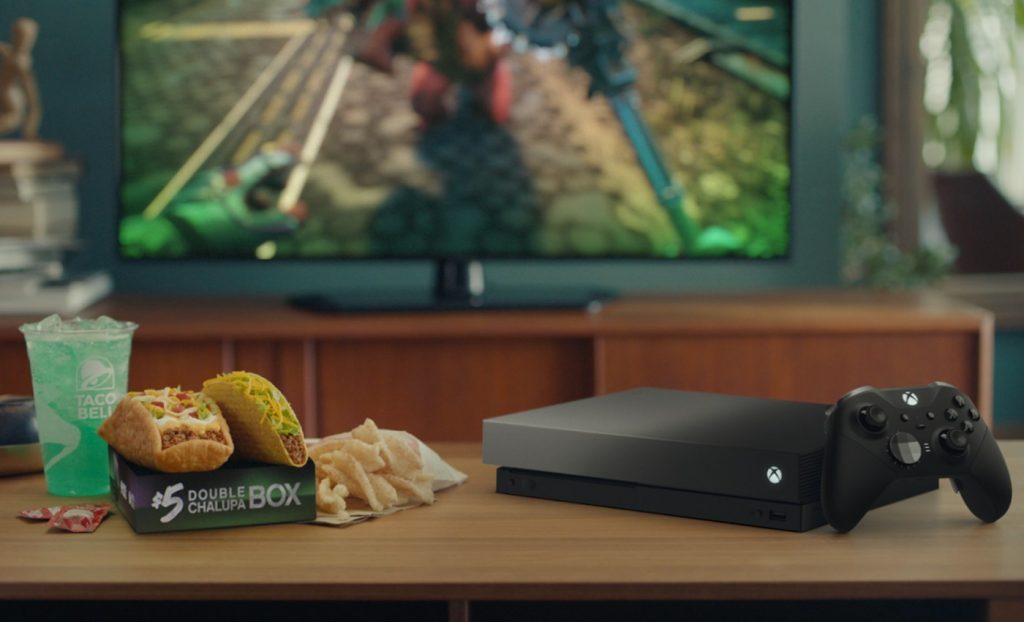 Taco Bell is running yet another promotion, and is given away free “Eclipse Limited Edition” Xbox One X consoles, featuring the same iconic bell ring as last year's promotion (via The Verge). And to make the deal extra sweet, the fast food company will also be bundling in the not-yet-released Xbox Elite Series 2 controller to give users a chance to get their hands on it before everyone else, as well as six months of Xbox Game Pass Ultimate.

Starting tomorrow, users will be able to enter for their chance to win by ordering Taco Bell's Double Chalupa Box, with the fast food giant giving away one “every ten minutes” starting tomorrow, October 17. Winners will receive their consoles “on their doorstep in as early as 48 hours after completing registration and receipt of verification,” which the company says is the “fastest delivery time yet in the history of this campaign.”

More importantly, this gives users a chance to get their hands on the Xbox Elite 2 controller early, which won't be available for purchase until November 4. The new controller will feature Bluetooth support, a built-in rechargeable battery, USB type-C port, new rubberized grips, and many customization options for gamers to enjoy.

Will you be visiting Taco Bell more often this week in hope of winning the limited-edition Xbox One X console with the Elite 2 controller? Share your thoughts about it on the comments area below,

How to see what programs are running in Windows 10

Want early access to new features in Office 365? Here's how you can sign up to be an Office Insider