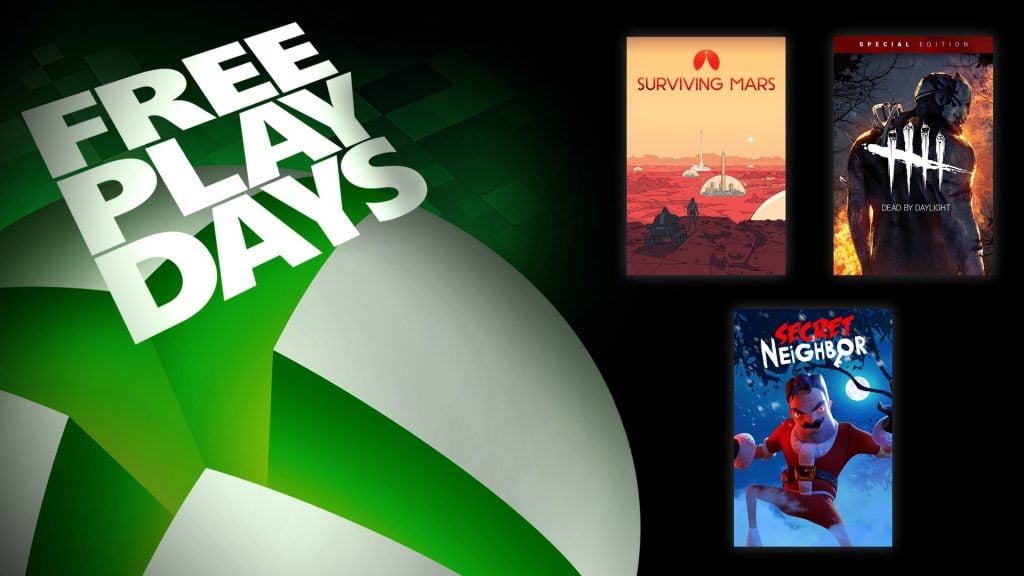 As usual, all progress you make during this Free Play Days event will be saved and you’ll be able to pick up where you left off if you decide to buy these games at a later date. Surviving Mars and Dead by Daylight: SE are also 50% off until Sunday, while Secret Neighbor is just 20% off.

If you're an Xbox Live Gold subscriber, we remind you that you can still upgrade to Xbox Game Pass Ultimate for just $1. The premium tier of Microsoft's game subscription service includes all the benefits of Xbox Live Gold, plus unlimited access to a catalog of over 200 high-quality Xbox and PC games.