Surface Pro 7 Plus focuses on GPU improvements in 2021 Skip to content
We're hedging our bets! You can now follow OnMSFT.com on Mastadon or Tumblr! 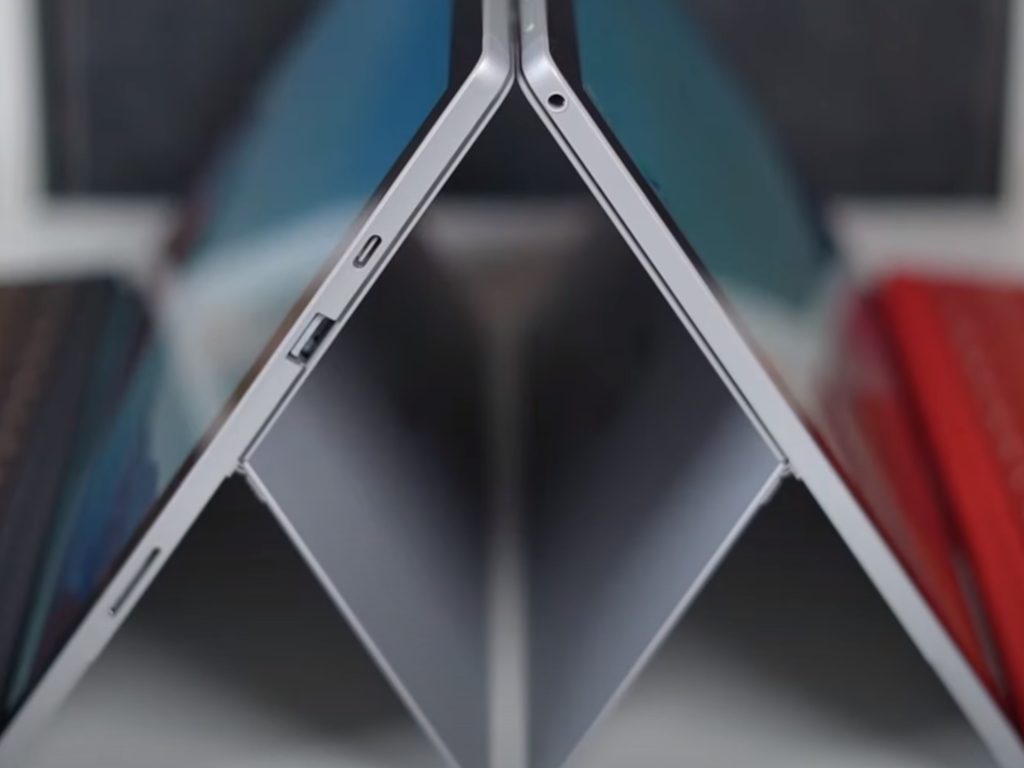 Microsoft's first-party computer hardware efforts have entered their ninth year of production with the Surface Pro remaining the company's flagship offering. Over the course of nine years and 13 iterations, Microsoft has tweaked and evolved its vision of the work/consumption hybrid device and delivered a tablet computer that's carved out a respectable place in personal computing history.

From thinner chassis to wider screens, the Surface Pro has loosened its niche net to capture a growing base of professionals tied to a desk or commuting creatives. However, in 2021 Microsoft's spec bump release with the Surface Pro 7 Plus may represent a subtle divergence in how the Pro line is developed and marketed going forward. For both creatives and professionals, picking up a Surface Pro could be as simple as asking for the "Plus" model. 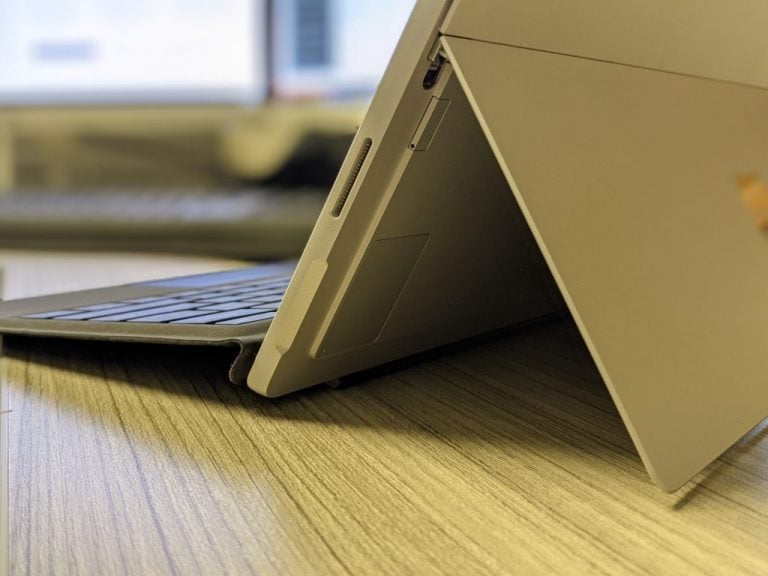 Over the past three years, Microsoft has fractured the Surface Pro line into, now, three different variants. People looking to save a little money and perhaps use the device for simple educational purposes can pick the smaller Surface Go with its entry list of specs. Users looking for a flexible range of performance and price can grab the standard Surface Pro and in 2021 Microsoft has added the Plus, which seemingly represents a model designed strictly to punch the limits of performance for the form factor.

The Surface Pro doesn't, in my opinion, warrant the typical review pattern of most serial hardware offerings from a manufacturer. It is, in effect, the Surface Pro 7 but with most of its changes made under the hood. For those still interested in any perceptible differences in hardware, the Surface Pro 7 Plus still comes with the same 12.3-inch PixelSense Display sporting a 2736 x 1824 (267PPI) resolution at a 3:2 aspect ratio with 10 points multi-touch support. In large part, because it's an identical screen to the Surface Pro 7, it receives the same review knocks as its predecessor which includes an outdated bezel design, lacking screen brightness, and lack of adjustable color profiles for creatives.

The Pro Plus weighs in the same as the Pro 7 at around 1.7lb and 1.74lbs with Type Cover attached. Speaking of which, Keyboard Pens and other peripherals are all identical to the Surface Pro 7 in both design and dimensions, so no need to replace anything other than the chassis of the former Surface Pro. Sensors, memory, cameras, storage all mirror last year's Surface Pro 7 with two exceptions coming from its memory and connectivity options.

With the Surface Pro 7 Plus, buyers can now outfit their favorite tablet computer with Intel's latest Tiger Lake i7 processor and 32GB of RAM. In addition, the Pro Plus comes with the standard Wi-Fi 6 802.11, Bluetooth wireless 5.0, and now a nano-SIM supported LTE variant.

Lastly, the Surface Pro 7 Plus comes with built-in LTE support, but because I wasn't given a test sim and the on-going pandemic, I haven't been able to fully test its ability to keep a connection or signal strength in various areas. 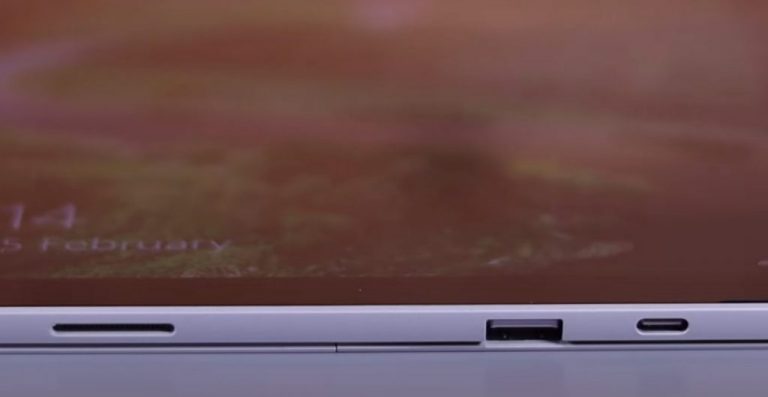 The only other notable hardware upgrade worth mentioning is the battery, which Microsoft doesn't get into regarding MAh size, but according to their website the battery has been engineered to now last up to three and a half more hours than the previous Surface Pro 7 and up to five hours without LTE enabled.

While the outer chassis of the Surface Pro 7 Plus remains relatively unchanged from the Pro 7, it's the under the hood improvements that shine on this device. The first, and most notable is the surfacing of the SSD. The Surface Pro 7 Plus marks the first time in the Pro lineup's lifecycle that the device offers access to the SSD through a minimally invasive removal process.

Recently, Microsoft began selling official removal kits for hobbyists but IT admins with simple removal tools could now quickly swap or wipe the SSD of the Surface Pro 7 for refurbished use within the company.

Next up is an update to the entire TDM (Thermal Design Model) of the Surface Pro line. According to an interview with The Verge, Robin Seiler, corporate vice president of program management for devices at Microsoft explained that when tweaking the SSD design, led to a change in the devices TDM, which resulted in improved cooling respective to the new thermal footprint of Tiger Lake chips as well as being able to shove in a slightly more battery.

“It actually required us to flip the internals in order for us to put the SSD here, so when we did that, we also updated the TDM (Thermal Design Model) to create more space for a larger battery size.”

With that being said, the new design and upgraded specs produce noticeable improvements. Since my normal workflow is mostly spent in browsers, CAD apps, GIMP/Photoshop, and basic video editors, I ran tests to see how significant the improvements may play out for more hardcore users. 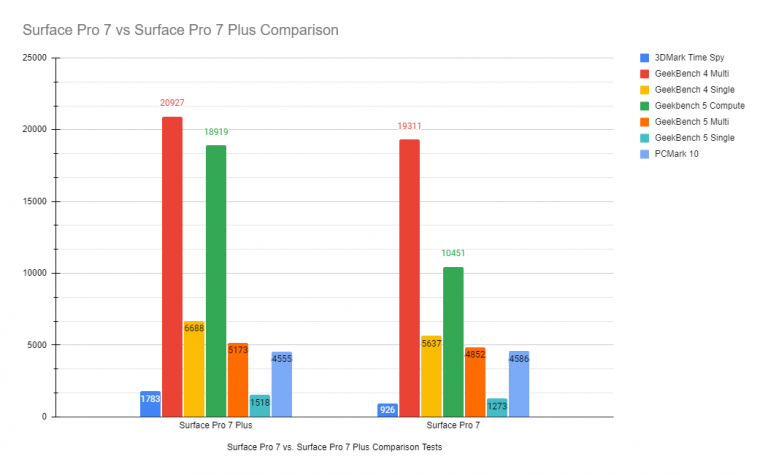 For the uninitiated in benchmarking, the above results were pretty significant and showcase how much performance sits center stage in this subtle spec upgrade for the Surface Pro 7 Plus. Comparing the two devices, we see a roughly 92% increase in gaming performance running the 3DMark Time Spy benchmark.

The 3DMark test runs a series of tests to measure features such as asynchronous compute, explicit multi-adapter, and multi-threading, and DirectX 12 performance. Intel's Iris Xe graphics came to the show for the Surface Pro 7 Plus in a pretty big way, however, in real-world use, the Pro 7 Plus is still not a go-to gaming device. Most games run will run smoothly with reduced graphic performance and a select few designed to game the system like Tomb Raider can push the upper limits of fidelity and latency. When Microsoft launches its xCloud platform for PC, we'll have to revisit how valuable a Surface Pro becomes as the ultimate gaming, creative and productive all-in-one device.

Moving on to the next test, we see there is an 8% increase in battery life improvement using the Geek Bench 4 Multi-test, which is an underrepresentation compared to Microsoft's lofty marketing material for the Surface Pro 7 Plus's battery claims. Granted, this is when the device is cycling through more compute cycles and presumably stressing the internals a bit more. When measured against a single-core test in the Geek Bench 4 Single test we see close to a 19% increase in battery performance which is more indicative of my real-world measurements. 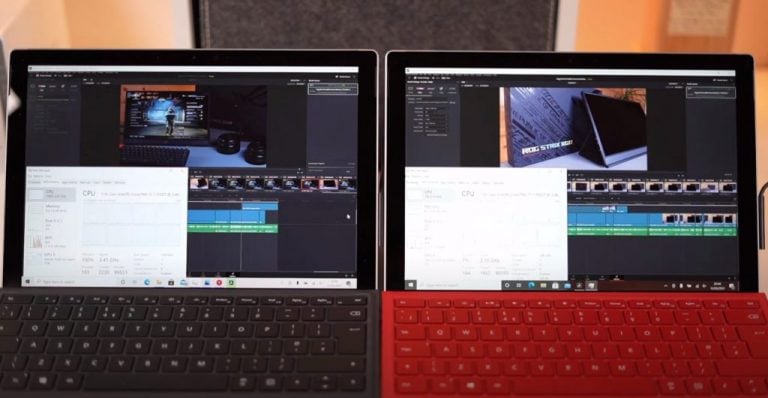 In summation, the battery on the Surface Pro 7 Plus has been very much improved and has this device the marker for battery standards going forward for Microsoft's flagship computer. I'm not sure whom to credit for this, but Intel's Tiger Lake chips and EVO platform has proven steady improvements over most of the devices I've tested as of late, and Microsoft's improved TDM presumably helped in the matter as well.

A+ for everyone involved.

Using the Geek Bench 5 test, we get a more real-world-like view of performance where synthetic workflows such as triaging email, playing and streaming media, uploading and exporting files, and simulating modest amounts of machine learning and augmented reality applications uses. When all is said and done, the Surface Pro 7 Plus gains a 19% advantage over the Surface Pro 7, signifying a relative improvement in speed for accomplishing most modern-day computing tasks that a majority of PC owners plow through on any given day.

Obviously, the mileage may vary, but we're seeing consistent improvements across the board with the Surface Pro 7 Plus that clearly warrant Microsoft's cautious approach to a spec bump for its tried-and-true flagship.

The only place where the Surface Pro 7 Plus seemingly stumbles in my review is with the PCMark 10 test which measures more productive tasks which tax the reads and writes of the system more extensively than a Geek Bench test would.

With that being said, the difference between last year and this year was negligible, while there weren't massive gains picked up by the test, the Surface Pro 7 Plus measured just as well as the previous model and my theory has to do with the type of SSD used in the Pro 7 Plus model. With Microsoft no longer soldering on the SSD may have affected the system's ability to retain the same sorts of storage access speeds needed to complete synthetic testing.

It should also be noted that the sizes of the SSD's being compared were different as well. During this round of testing, I had access to a 512GB Surface Pro 7 and a 256GB Surface Pro 7 Plus, so make of that what you will.

Perhaps, more impressive than the spec test is the power consumption, throttling, and heat distribution of the Surface Pro 7 Plus which can wait until it hits around 30-35W for an hour before fans kick in and the system begins to wind down. The system will gradually widdle down to around 15W and sustain itself there without any extra airflow.

For anyone doing any modern computing workflows, they may not even hit the threshold as many of those regular everyday tasks tend to top out around 28W. However, for the power user or light to medium gamer, it's nice to know that the full breadth of Intel's Tiger Lake chips (with improved graphics) is available for much longer than Ice Lake.

In summation, the average user will see noticeable improvements when flying around the operating system and in GPU-heavy applications as most of Microsoft and Intel's efforts were seemingly focused on graphics.

Despite journalists (me included) who bemoan Microsoft's overly cautious approach to its Surface hardware development, it would appear that, at least on its commercial side, there is merit to the approach.

While the Surface Pro 7 Plus doesn't introduce reduced bezels, or rounded corner designs reminiscent of the Surface Pro X or Surface Go 2, this year's 2-in-1 offering is perhaps, the most forward-leaning product the company has produced in some time. Businesses purchasing a Surface Pro 7 Plus are getting the best productivity device Microsoft has made or will make in 2021 regardless of the casing, plus all their dongles, docks, and connectors will work as they have for a year or two.