Surface Phone rumored to be coming second half of 2016 - OnMSFT.com Skip to content
We're hedging our bets! You can now follow OnMSFT.com on Mastadon or Tumblr! 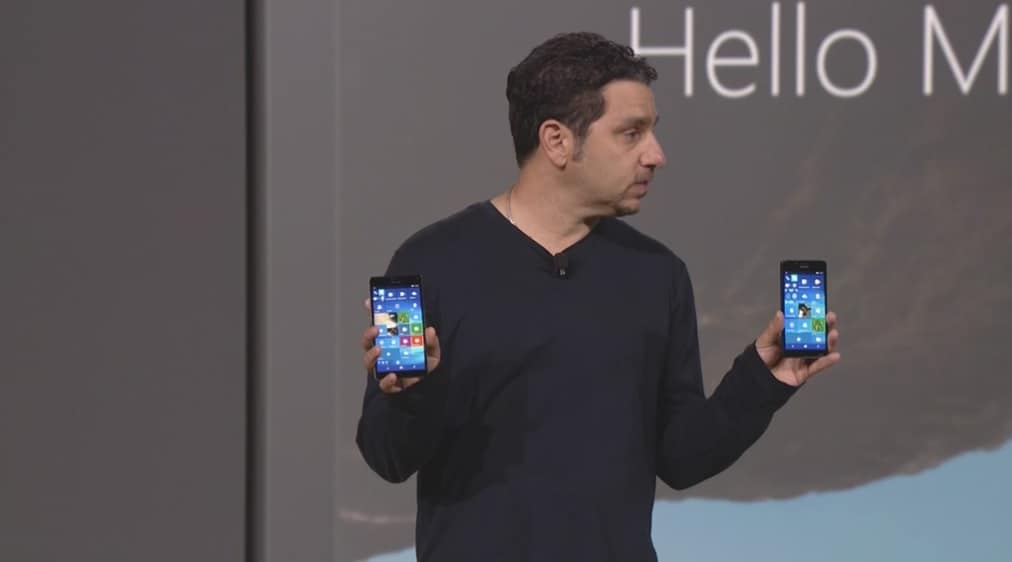 When it comes to tech and purchasing trends, there is an unspoken reality that there will always be something better on the horizon, for Windows Phone fans, that happens to be the mythical 'Surface Phone'. Well, according to a new report by WindowsCentral, the Surface Phone as less of a mythical fan projection and more of an eventuality for Microsoft.
Since the introduction of the Surface and Surface Pro back in 2012, many Windows Phone fans and users have clamored for Microsoft to take a more laterally-integrated hardware approach and introduce a phone that took after its PC efforts. Similar to Apple’s highly regarded ‘one phone, one tablet, one PC’ approach, some Windows users have craved the simplicity and brand recognition of Microsoft-specific manufactured products. Even though Microsoft’s first Surface (RT) endeavor wound up an arguable failure, the idea of Surface Phone remained.

With the continued relative success of the Surface line, the rumblings for a Surface Phone have only increased, and maybe coming to head over at Microsoft. Sources are reporting to Windows Central that what most Windows Phone fans see as the ‘Surface Phone’ is indeed being worked on but will be a long wait for fans and in the end, may wind up being something completely different than renders and comments have sought.

Sources familiar with Microsoft’s plans have revealed that the rumored Intel-powered Windows 10 phone slated for May 2016 has been canceled. Instead, an all-new flagship phone lead by Panos Panay and the team of engineers that build the Microsoft Surface, and Surface Book has been given the green light. Slated for a release in the second half of 2016, this may be the long-wised-for Surface Phone.

Now it must be noted, that the stated time frames being mentioned here or anywhere else, are speculative at best. Microsoft has not confirmed or denied anything smartphone related beyond the Lumia 950 and 950 XL and updates of Windows 10 Mobile to older devices sometime this month. Rumors have had Microsoft working with Intel on a metal-clad smartphone capable of running Win32 apps through a refined Continuum experience, similar to the current 950 and 950XL implementation.
As far as we know, all of this could be true, or none of it. The few details the guys over at Windows Central were able to pry from their sources indicate that the Surface team led by Panos Panay is currently exploring multiple design choices. Panay’s explorations may lead the ‘Surface Phone’ beyond a metal chassis, or even the traditional smartphone form factor altogether.
Another detail sources revealed is that Intel is still heavily involved in the production of Microsoft’s next phone. Whether or not an Intel smartphone chip will be able to adequately merge PC and handset, remains to be seen.
Lastly, sources are pointing towards a late summer, or fall release for the phone, rather than the speculative mid-May release previously thought of. Unsurprisingly, a end of the summer or fall release is in line with Microsoft’s current yearly phone release, indicating, that regardless of name, the company will have some sort of new phone for users this time next year.
In the end, Windows Phone fans may or may not be getting the overly-hyped 'Surface Phone' sometime late next year, but a much more note to underscore is that Microsoft is still looking to produce phones for another year. While many on the internet, bicker and nitpick Microsoft’s current crop of smartphones, many Windows Phone fans know how delicate Microsoft’s mobile strategy is at the moment. The fact that Surface head honcho has been given the green light on putting his efforts to phone is a good sign that Microsoft is looking long-term at mobile manufacturing.

Exploring the camera on the Lumia 950 (video)