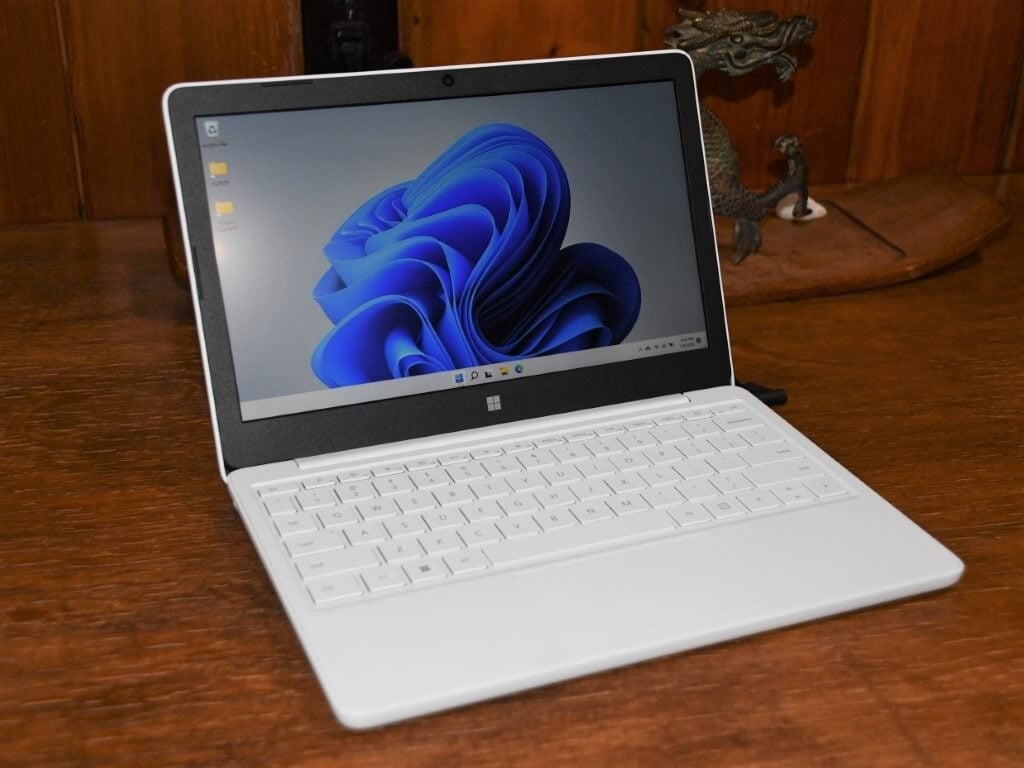 Back in early November, Microsoft announced a new member of the Surface family of devices, the Surface Laptop SE. This no-frills laptop is aimed squarely at the education market and features a special version of Windows 11 dubbed Windows 11 SE, some bare-bones specs, Office and OneDrive built-in, all in a slim little package for $249.

While no time frame was promised, we didn't hear much for most of the month of December (except for renewal notices on the holds on our credit cards), but then last night I received confirmation that the laptop had shipped (I paid a bit extra for 1-day air shipping), and it arrived today, Tuesday, January 4th. 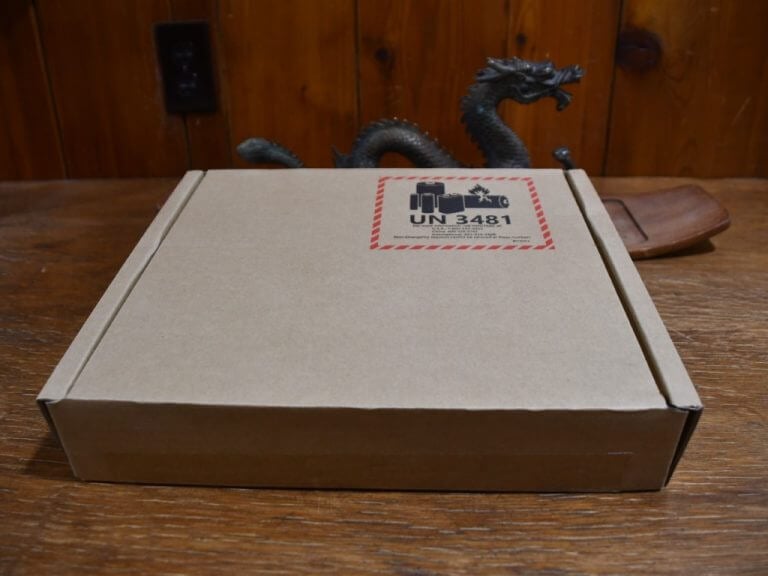 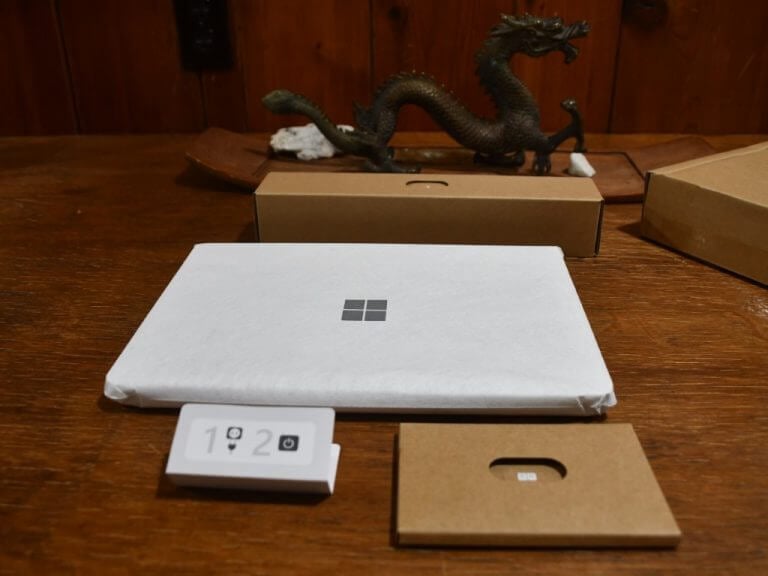 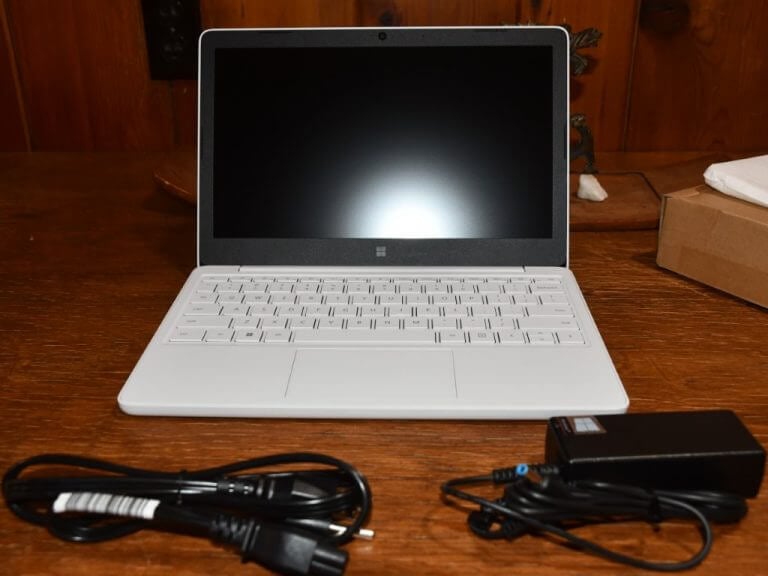 There isn't much to the unboxing experience - after opening a shipping package, the laptop was boxed in a plain brown cardboard box, and included inside there's just the laptop, a 2 part power cord with a familiar-looking transformer, but a regular cylindrical plug connection to the laptop, no proprietary Surface connector in sight.

There's also a booklet of safety warnings, and the laptop is well wrapped in a foam sheathing, with another sheet of foam protecting the screen from the keyboard. But that's it, although what more do you need?

The setup of the device was straightforward. Although we do use Microsoft 365 here at OnMSFT.com, I opted not to try to connect the laptop via a work or school-managed account, bypassing the management features that are a selling point of the Surface Laptop SE. The out of box experience was simple and a bit slimmed down: after choosing a language and keyboard, and logging in to wifi, I was offered the chance to use a personal or work/school account, and was able to set up the personal account with no problems using my personal Microsoft account.

We'll dive in more into the school administrator features of Windows 11 SE later, but for now, I just wanted to get booted up and online.

First impressions? To be honest, it's kind of a fun little laptop at first glance. Sure it's underpowered with its Intel Celeron dual-core processor, 64 GB of eMMC storage, and 4 GB of ram, and it's plastic everywhere, but it's cute. One thing to note right off the bat are the screws in the back of the case, unlike many Surface devices, this one looks "fixable," not that I'll be taking a torx driver to it anytime soon. 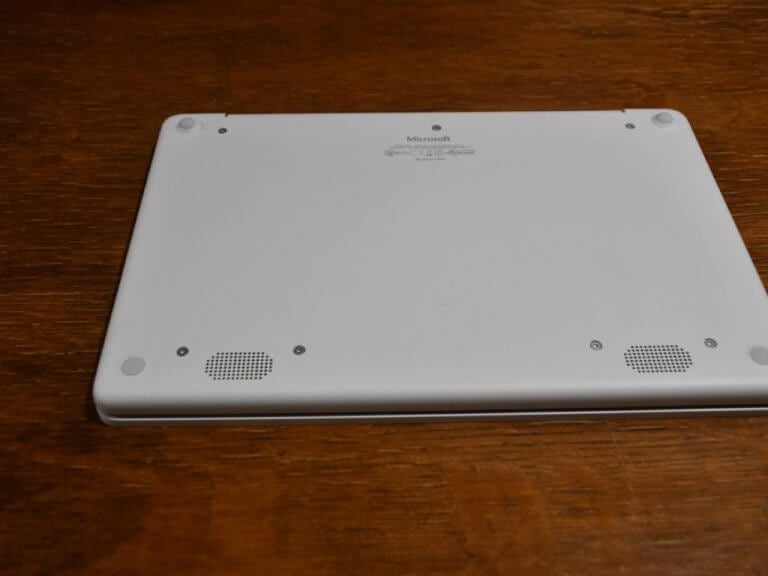 The keyboard is full sized and doesn't appear to make many compromises, and the touchpad is good sized. I do wonder right off the bat how long it will take dirty little hands to gum up the keyboard, there doesn't seem to be much going on to keep dirt out, nor would I expect it to be very water resistant. We'll dig into that a bit more, too.

For a student's first laptop, though, especially for the $249 price, this looks to be a simple but functional device. It's really quite handsome, not too small while still being compact, and as it's running a slightly slimmed down version of Windows 11, it's sporting a modern, colorful interface. Students aren't going to be embarrassed being seen with the Surface Laptop SE, it's fun to use and fun to look at.

We'll have lots more on the Surface Laptop SE once Arif gets his hand on one, too, but for now, enjoy this first look at the newest Surface device. If you're interested in trying one out for yourself, Microsoft has a "where to buy" page for Surface Business and Education devices. Not all of these resellers may handle the Surface Laptop SE, but we provided links to where you can in our earlier post.