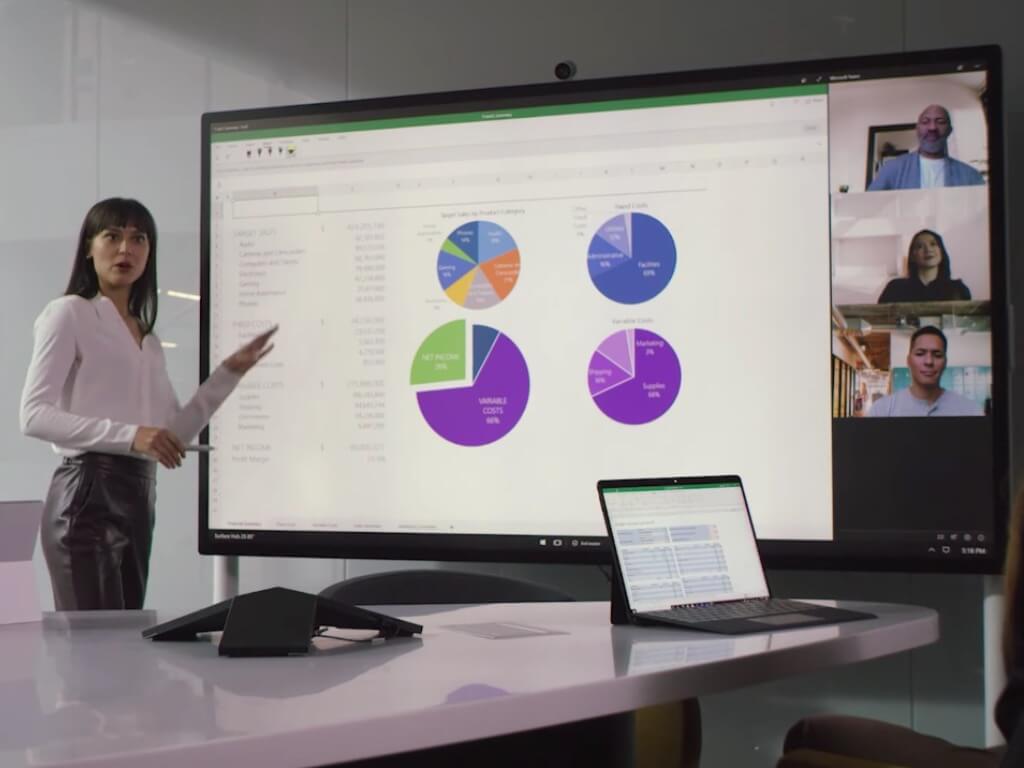 For the original Surface Hub released back in 2015, the Windows 10 Team 2020 Update will start rolling out in late February. It will be available via Windows Update as well as Windows Update for Business, and Microsoft also plans to release quality updates and fixes for known issues for all devices during the rollout period.

The Windows 10 Team 2020 Update for Surface Hub devices is based on Windows 10 version 20H2, and it brings several improvements to device deployment and manageability. The update also brings support for the new Microsoft Edge, dual-pen inking on the Surface Hub 2S, and support for Coordinated Meetings with Microsoft Teams Rooms devices.

If Windows 10 Teams is a new version of the OS specifically designed for the digital whiteboards, Microsoft is now allowing Surface Hub 2S customers to install Windows 10 Pro or Enterprise to benefit from the flexibility of a full-fledged PC. This includes the ability to install any Windows apps on the device, and use any Windows 10 compatible accessories as well.