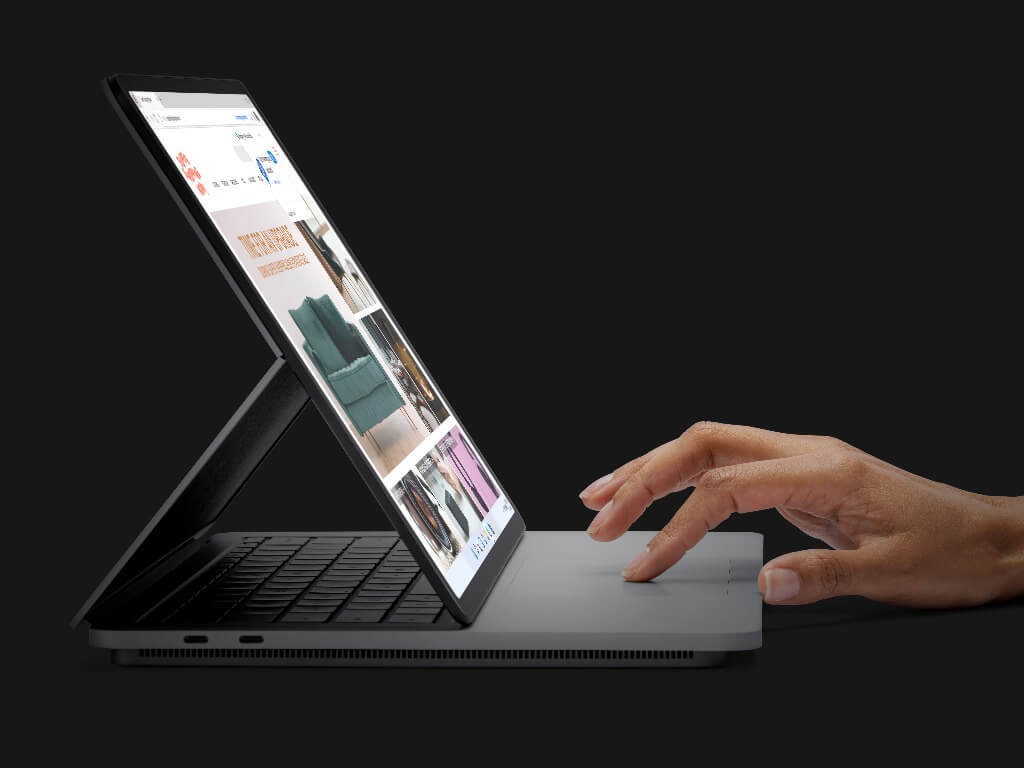 Microsoft's Surface Studio 1 and 2 really impressed back in the day with their thin touchscreens and zero gravity hinges, which allow users to tilt the display with just one hand until the panel reaches a nearly flat position. The Surface Laptop Studio introduces a new Dynamic Woven Hinge that also lets users tilt the display until it lays flat above the keyboard, providing creative professionals a large 14.4” canvas to draw, write, and sketch.

According to Microsoft, this new Dynamic Woven Hinge will let Surface Laptop Studio owners seamlessly transition between three modes: a classic "Laptop Mode," a "Stage mode" where the display is pulled forward to cover the keyboard, and a "Studio mode" where the screen sits above the base to provide a portable digital canvas. The Surface Book family provided a similar portable studio experience, though users had to detach the screen and then reconnect it to the base so the back of the screen was facing the keys, and that process wasn't very elegant or convenient. 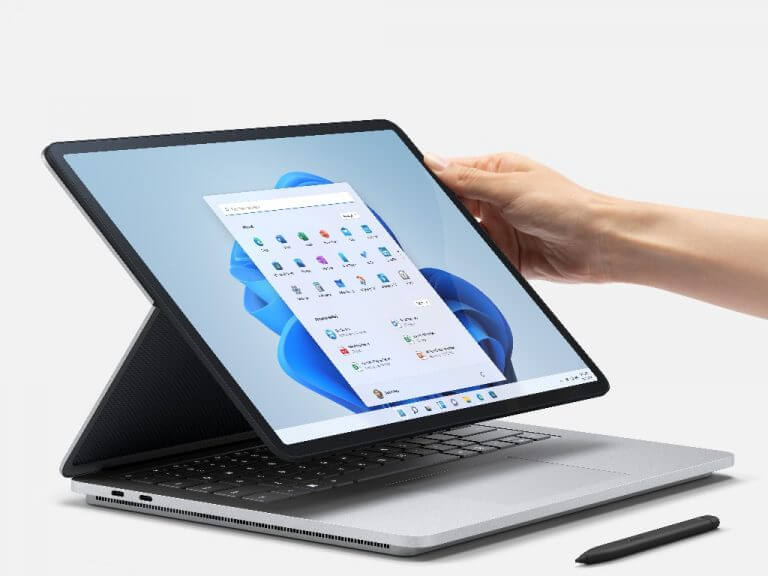 The fact that the Surface Laptop Studio doesn’t use a detachable design like the Surface Book 3 probably helped Microsoft to make it the most powerful Surface device on the market. The base model uses a quad-core Intel 11th Gen Core i5 CPU coupled with Iris Xe Graphics, but consumers can also opt for a more powerful 11th Gen Core i7 chip with an Nvidia GeForce RTX 3050 Ti GPU with 4GB of RAM. Microsoft will also offer a commercial model with a different Nvidia RTX A2000 laptop GPU with the same amount of memory.

The base Surface Studio model with a Core i5 CPU, Intel Iris Xe Graphics, 16GB of RAM, and 256GB of storage will start at $1,599. The more expensive options include up to 32GB of RAM, up to 2TB of removable SSD storage, and the 14.4 PixelSense Flow touch display also offers optional 120Hz support, just like on the new Surface Pro 8. It’s worth noting that the Surface Laptop Studio’s screen also supports Dolby Vision, Dolby’s premium HDR format that is starting to become popular in the entertainment industry.

Along with the new Surface Duo 2 and the Surface Pro 8, this is definitely one of the most exciting new Surface products Microsoft announced today, and make sure to check our dedicated hub to catch up with all of Microsoft's Surface announcements today.