Microsoft finally unveiled the third iteration of its affordable Surface Go tablet following a long series of leaks. The new 10.5-inch Surface Go 3 comes pre-installed with Windows 11 and features slightly newer Intel processors for those who need a performance boost.

Under the hood, the base model, which starts at $399, comes with an Intel Pentium Gold 6500Y processor, 4GB of RAM, and 64GB of eMMC storage. Microsoft is also offering another model with a faster Intel Core i3-10100Y CPU, 8 GB of RAM, and a 128 GB SSD. “Designed to light up the best of Windows 11, Surface Go 3 is 60% faster with an Intel Core i3 processor,” the company said today.

It’s important to note that the new Surface Go 3 will retain the same design, including the 10.5-inch display with a 1920×1280 resolution. Additionally, the ports selection on the Surface Go 3 have not changed, unlike on the Surface Pro 8 which now has dual Thunderbolt ports. The Go 3 still comes with a USB-C port, a micro-SD port as well as a 3.5mm headphone jack. It also has the same dual microphones and 2W Dolby Audio speakers as its predecessor. As for battery life, the Surface Go 3 should deliver up to up to 13 hours of battery life, according to Microsoft. 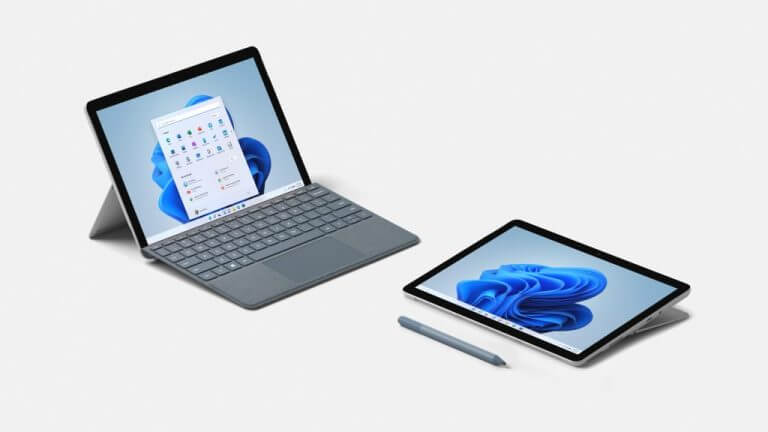 The new Surface Go 3 is available for pre-order today in select markets starting at $399 at the Microsoft Store as well as other major retailers, and it will start shipping in the US on October 5. Microsoft also plans to offer an LTE version of the Surface Go 3 in the coming months.