While many were hoping Microsoft might have shown its Surface Duo hardware some love with a hint at the upcoming OS update during its annual Surface Event, the best people got was a brief first-look after the showcase concluded. Microsoft invited several publications to its Redmond campus last week but didn’t make public what the purpose of the visit was, but many presumed it had to deal with hands-on time with its upcoming Surface devices prior to event rollout.

However, it seems some of those journalists got some hands-on time with a device that wasn’t mentioned during the Surface 2022 keynote in the Surface Duo with the upcoming Android 12L update. The folks over at Windows Central are now able to show off a little of what Android 12L will look like on a Surface Duo 2 when it releases later this year as planned by Microsoft. 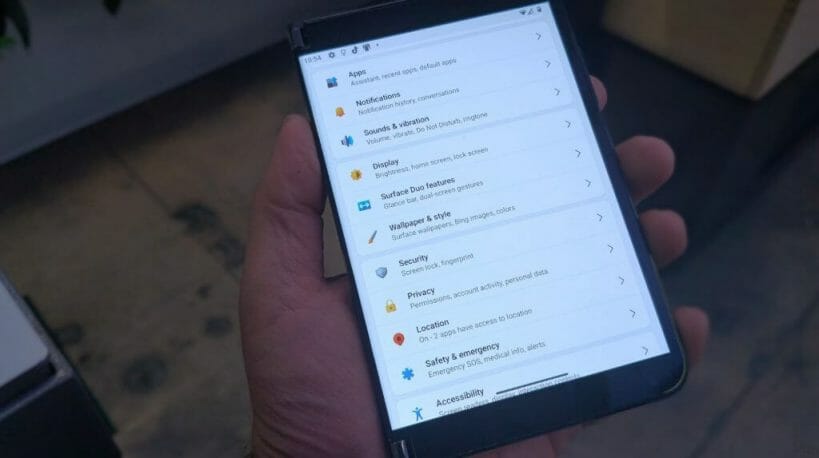 With Android 12L, Microsoft is taking is taking a big step in a different visual direction from Google’s (close to stock) Pixel UI and that of Samsung’s OneUI by introducing more Windows elements. Based on the images provided by Windows Central, there will be more Fluent design inspirations that include translucency, Micha, gradients, rounded windows, color icons and theming features.

Another subtle visual cue coming from Windows 11 to the Surface Duo’s Android 12L update is in the notification shade and settings panel which will follow the design elements of the Quick Actions panel for the desktop. 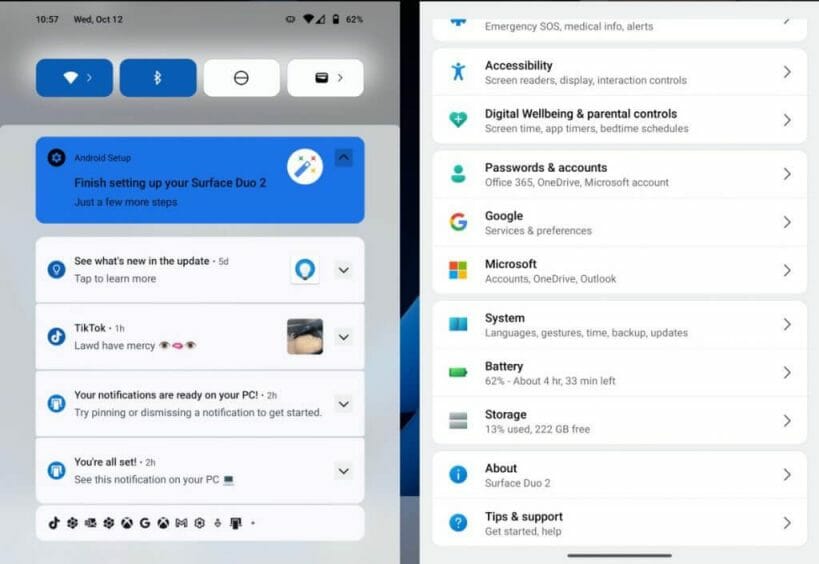 Unfortunately, Microsoft hasn’t committed to hard date or even timeframe for the Android 12L update for Surface Duo at this point beyond ‘later this year.’ 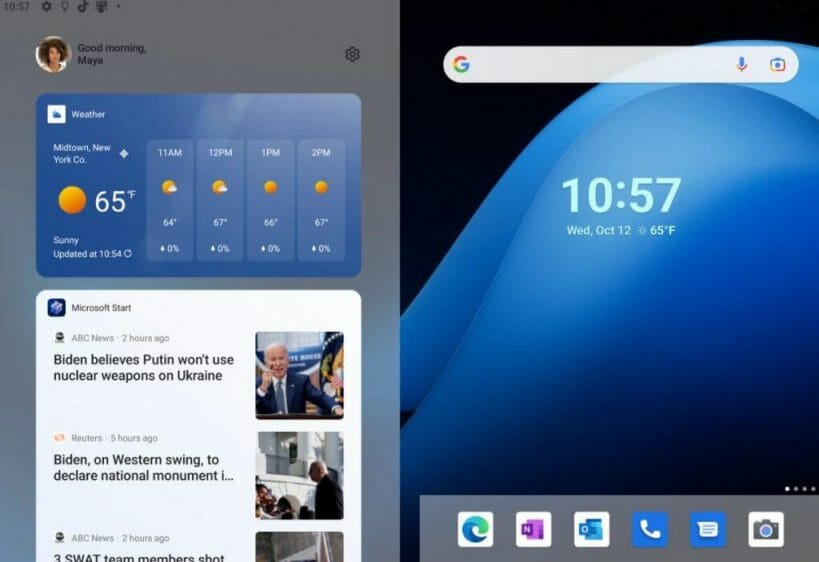 Another concern for original Surface Duo owners may also be the cavalier nature in which Microsoft co-mingle both generations of devices under the broader Surface Duo nomenclature while note specifically delineating the 12L update between Duo and Duo 2.

There could be a future where Duo owners get a version of Android 12 that doesn’t fully incorporate the new features that are planned for the Duo 2 on Android 12L.

Hopefully, Microsoft will have more details on the Android 12L update coming to either Surface Duo devices soon.