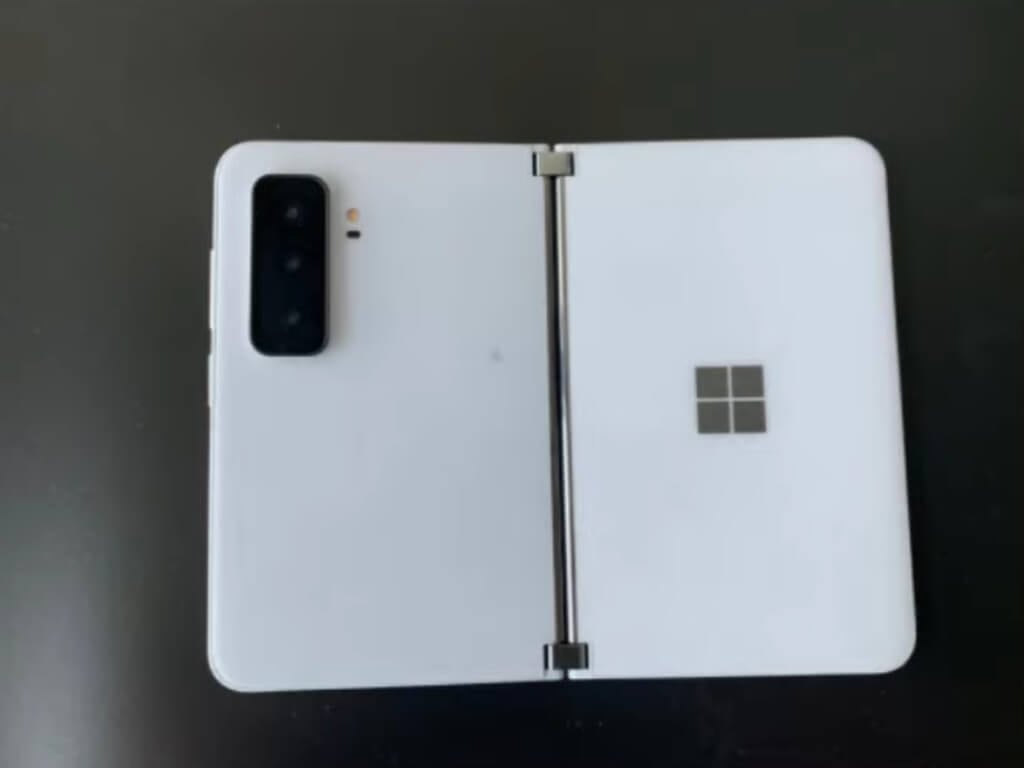 The slow leak cycle of smartphone releases has been underway for the Surface Duo 2 and now it's time for the Geekbench results to begin surfacing.

Thanks to a Geekbench leak first reported on by MySmartPrice, Surface Duo 2 fans are getting concrete spec information regarding Microsoft's follow up to its dual-screen mobile device.

The Geekbench results put a period on the speculation of upcoming upgrades to the Duo line that include a bump up in RAM from 6 to 8GB, the use of a 'bleeding edge' SOC in the Snapdragon 888 and what type of performance users can expect from the device.

Based on the results, the Duo 2 is shaping up to be as performative as any other device sporting an 888 SOC, with no additional accelerants built into the software just yet and out putting a 1071 single-core result followed by a 3166 in multi-core testing. 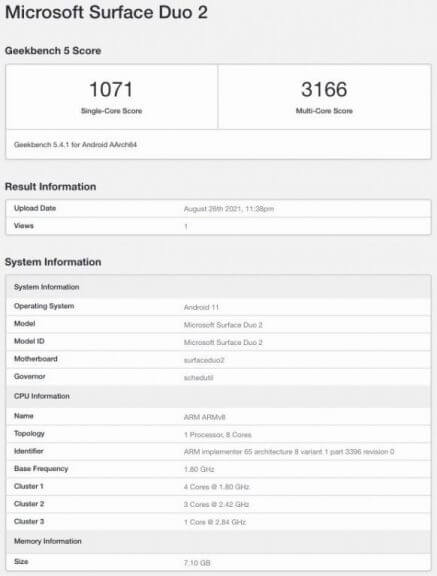 The guys over at Windows Central are helping to put today's recent leak into context with their own personal knowledge of the Duo 2 based on conversations with sources familiar with the product.

According to WC, the Surface Duo 2 will come with Android 11 on board and right now that is Microsoft's focus with few discussions regarding upgrades to Android 12 coming to the Duo 2 in the onset.

With the camera housing on the Duo 2 resides a 12MP standard lens, telephoto and ultrawide sensors which should help address one of the biggest is with the device.

There is still little speculation on how much the end product may retail for, as whereas it may be available for purchase upon launch.

We'll keep eye out as the story develops.