Microsoft’s Surface Duo 2 recently launched, but not with much fanfare. As we pointed out, software glitches seemed to have plagued the device once again along with other issues. Yet even with that so, it turns out that the Duo 2 could be the new performance king of Android devices, at least on Geekbench (via Gizmochina.) 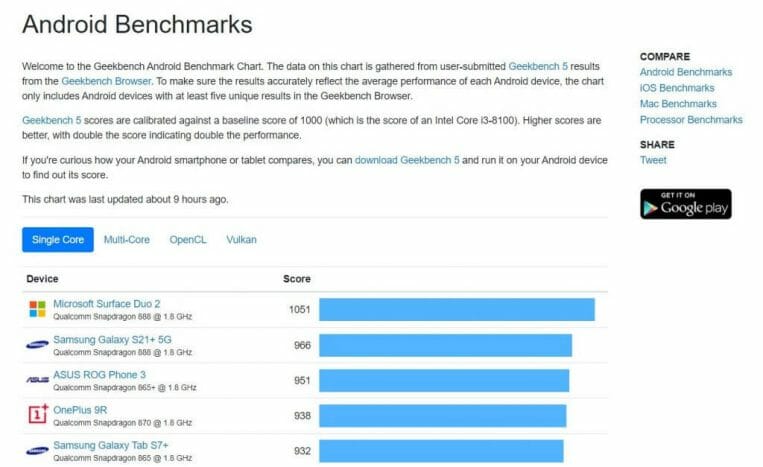 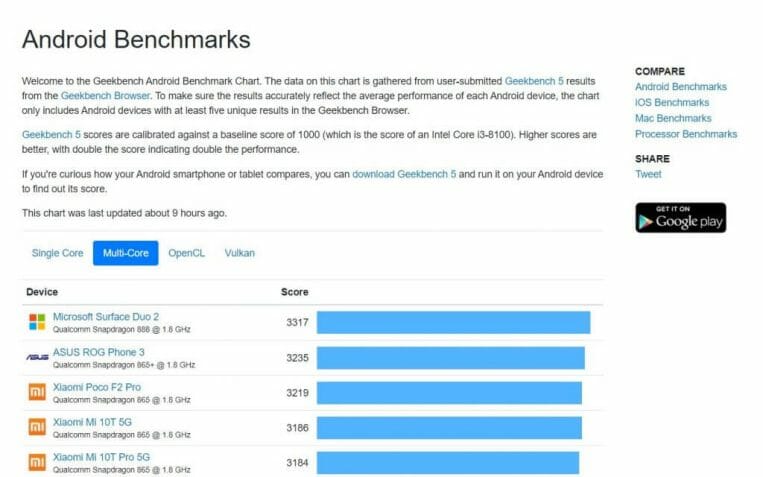 Geekbench testing is a bit synthetic, as it runs simulated situations and strains on the CPU and GPU, so the results do not always equate to actual performance. However, considering that the Duo 2 is equipped with a Snapdragon 888 processor, and 8GB of LPDDR5 RAM, the results are not too surprising. The Galaxy S21+ 5G is using the very same processor, and the Asus ROG Phone 3 the Snapdragon 865+ so this does show the power of the Duo 2.

Our own Dave W. Shanahan recently purchased a Surface Duo 2. In his first impressions, he mentioned that the hardware was better than ever, but the software still felt unpolished. He experienced issues with taking pictures, the Glance bar, even after the latest stability update. Be sure to keep tuned to OnMSFT for more, as we’ll have a full Surface Duo 2 review in the coming weeks.