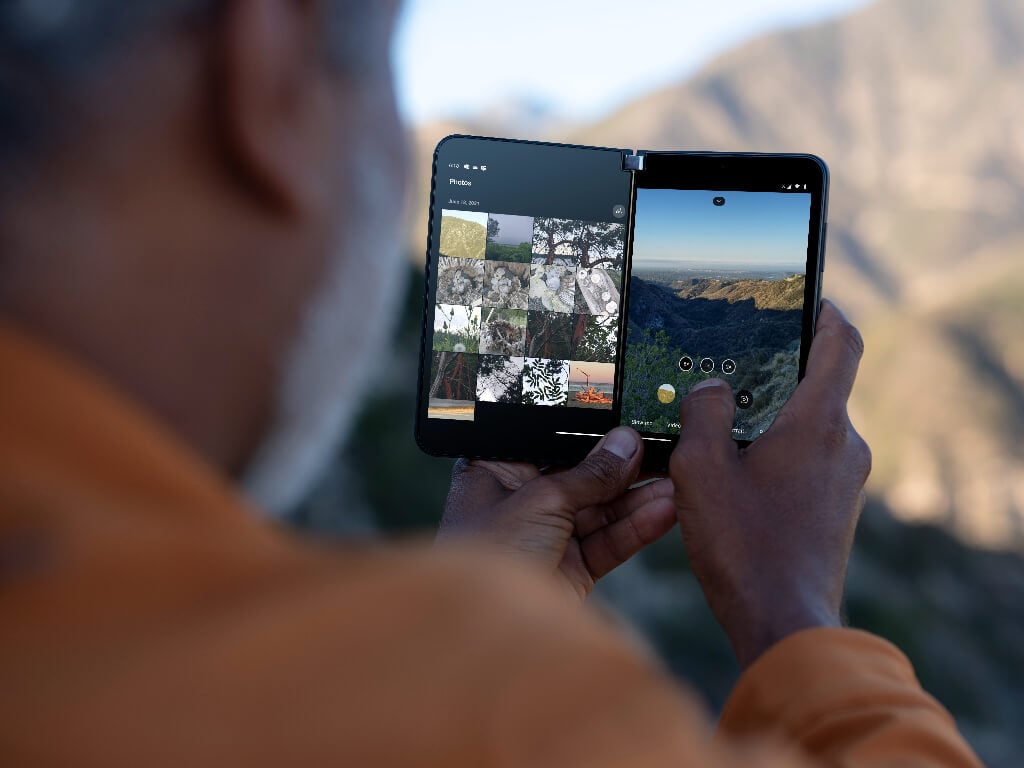 In 2022 Microsoft is two for two with releasing updates in back-to-back months for its Surface Duo 2 hardware.

While a bit late in February, Surface Duo 2 owners can rummage around their settings for a new update that brings something other than a bump in the firmware number.

According to the release notes in the February changelog, Surface Duo 2 owners can expect to see version 2022.104.111 bring improvements to the reliability and stability of the launcher, improved animations, improved touch responsiveness and most importantly, improvements to camera performance and autofocus.

The 273MB sized update is rolling out to devices now, and should hit most around the same time but carriers have been known to toss molasses's on the floor to slow things down sometimes.

The previous updates that have come to the Duo and Duo 2 have helped drastically evolve Microsoft's dual screen device from its original launch presentation and the new update is promising to give the handheld a similarly sized boost.

There is also a secondary update floating around for original Surface Duo owners that's supposed to bring Your Phone improvements that help enable the use of Android apps on Windows devices, akin to what was brought to the Duo 2 back in January.

With the original Duo available both through Microsoft and AT&T, it might be some time before that update reaches a broader audience.