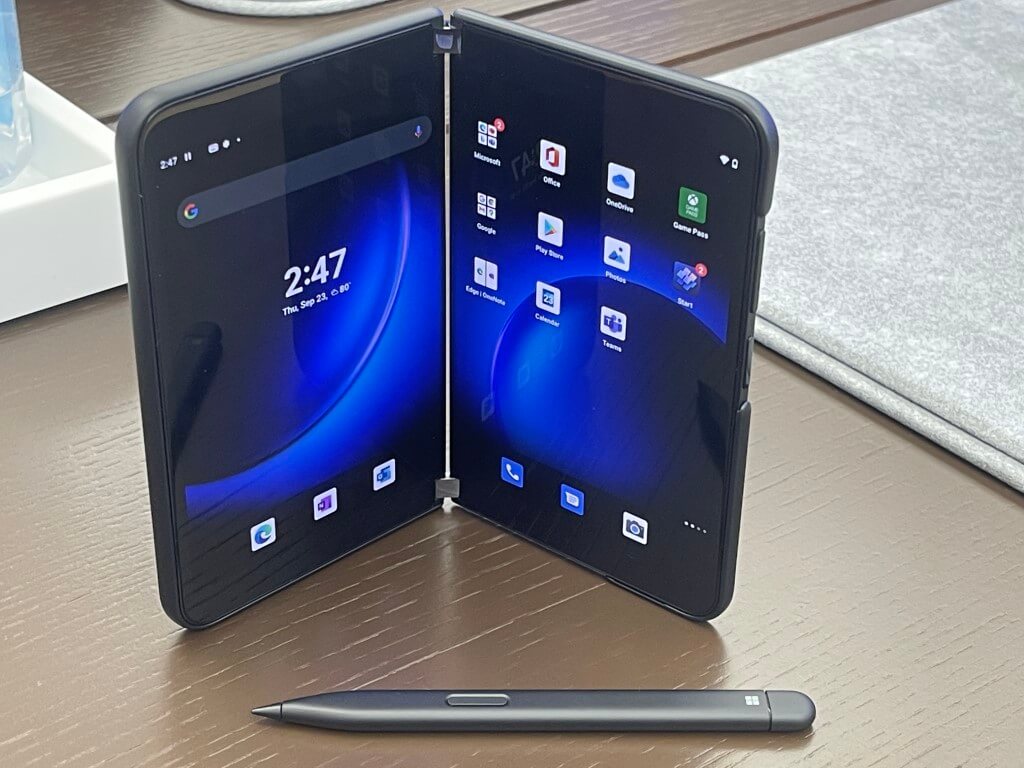 Following the launch of Microsoft’s dual-screen Surface Duo 2 in select markets last week, the company has released its first firmware update for the device. The update brings various fixes and stability improvements for Surface Duo 2.

As spotted by Twitter user Juan Carlos Bagnell, the latest update bumps the firmware version from 2021.824.206 to 2021.827.34, and it’s around 228 MB in size. The changelog suggests that this update is dated September 5, and it doesn’t include the October 2021 security patch.

Nice. Second update for the Duo 2 for stability and bugs. Embargo reviews are now 700MB out of date compared to what consumers will really experience 😅 pic.twitter.com/8sfFeoH447

If you've got a Surface Duo 2, you can grab these updates right away by tapping Settings >> System >> System update >> Check for update. The second iteration of Microsoft’s dual-screen smartphone came with mixed impressions from reviewers, with many complaints aimed at the software experiences. We hope these updates will probably address at least some of those problems.