Of the problems with Surface devices has always been the low repairability score. iFixit famously called the original Surface Laptop a "glued together monstrosity," but in the years since then, Microsoft has made it easier to replace common parts like the SSD on some Surface products.

In a new blog post, Microsoft acknowledges its own progress, highlighting a commitment to improving "the modularity, reparability, and recyclability" of its own devices. The company also noted that it is now selling more commonly replaced Surface parts to enterprise users. 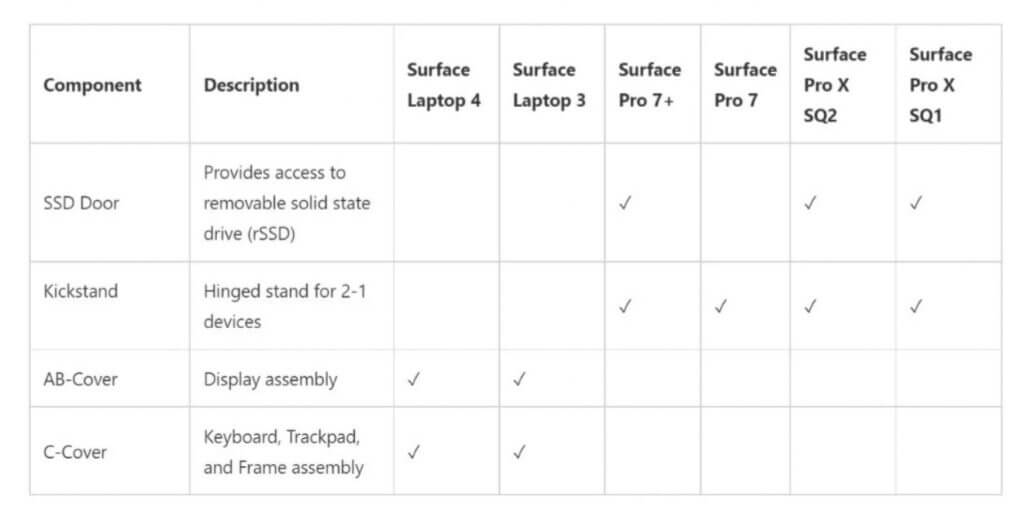 While these parts aren't exactly RAM cards, CPUs, or GPUs, and don't make Surface devices truly modular, it is a small step forward. For enterprise users, now, if something common breaks on a Surface, there's a higher chance the part can be replaced without throwing away an entire device.