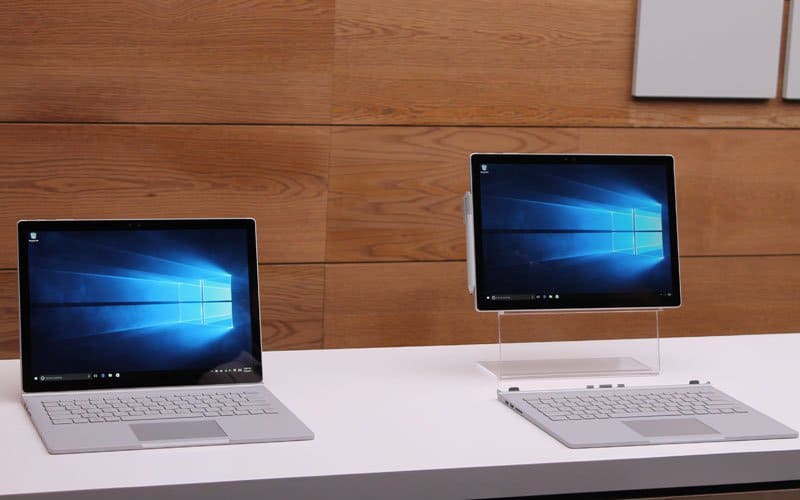 Microsoft began two years ago to produce the "ultimate laptop", but didn't stop with the best specs or the best materials, but Microsoft Corporate VP for devices Panos Panay knew they couldn't stop there. In a middle of the night email to himself (on a Surface Mini, of all things), Panay wrote that just producing a great laptop was "not evolving the category: that's showing people where it could go".
Instead, Microsoft knew that they needed more, and that they needed to move fast: “It’s not like we’re ahead right now,” Panay sa(id). “Now we have momentum, and we have some category creation…but it’s not like if we slow down it’s going to be OK.” Every day matters, he says.

In a profile of Panay and that ultimate laptop, Wired Magazine offers some insight into the making, and selling, the Surface Book. And according to the article, it's not only selling (it goes on sale today and has been available for pre-order since shortly after Microsoft's October 6th hardware showcase event), but selling very well:

The Surface Book is on sale today. Pre-orders have been huge—Panay says they’re selling laptops faster than they can make them. He’s crystal-clear on the importance of this device to Microsoft’s business, especially on the heels of the Surface Pro 3 and 4, which gave the Surface line its first real momentum.

The profile goes on to reveal that while Microsoft showed the Surface Book to OEMs and partners some three months before it was revealed to the public, those partners didn't see the detachable clipboard capability until about a month before everyone else did.  It also mentions that as has long been suspected, Microsoft is indeed working on a Surface phone:

Panay just watches it (a CNC machine that’s milling a Surface Book’s bottom bucket) for a moment, carving over and over to form the antenna gap. A few machines away, another machine works on a prototype of a new phone.

Panay took to the Microsoft Devices blog to gush about the Surface Book and the Surface Pro 4 today, too, going in depth on specs for everything from pens to keyboard covers to the unique Surface Book hinge:

You’ll notice that Surface Book has a hinge unlike any laptop you’ve ever seen. It doesn’t pivot from a single point, but lays out like an unrolled carpet as you open it. We call it the Dynamic Fulcrum Hinge. Its purpose is to lengthen the base of the product to offset the weight in the screen and allows Surface Book to work brilliantly as a laptop without sacrificing performance of the tablet.