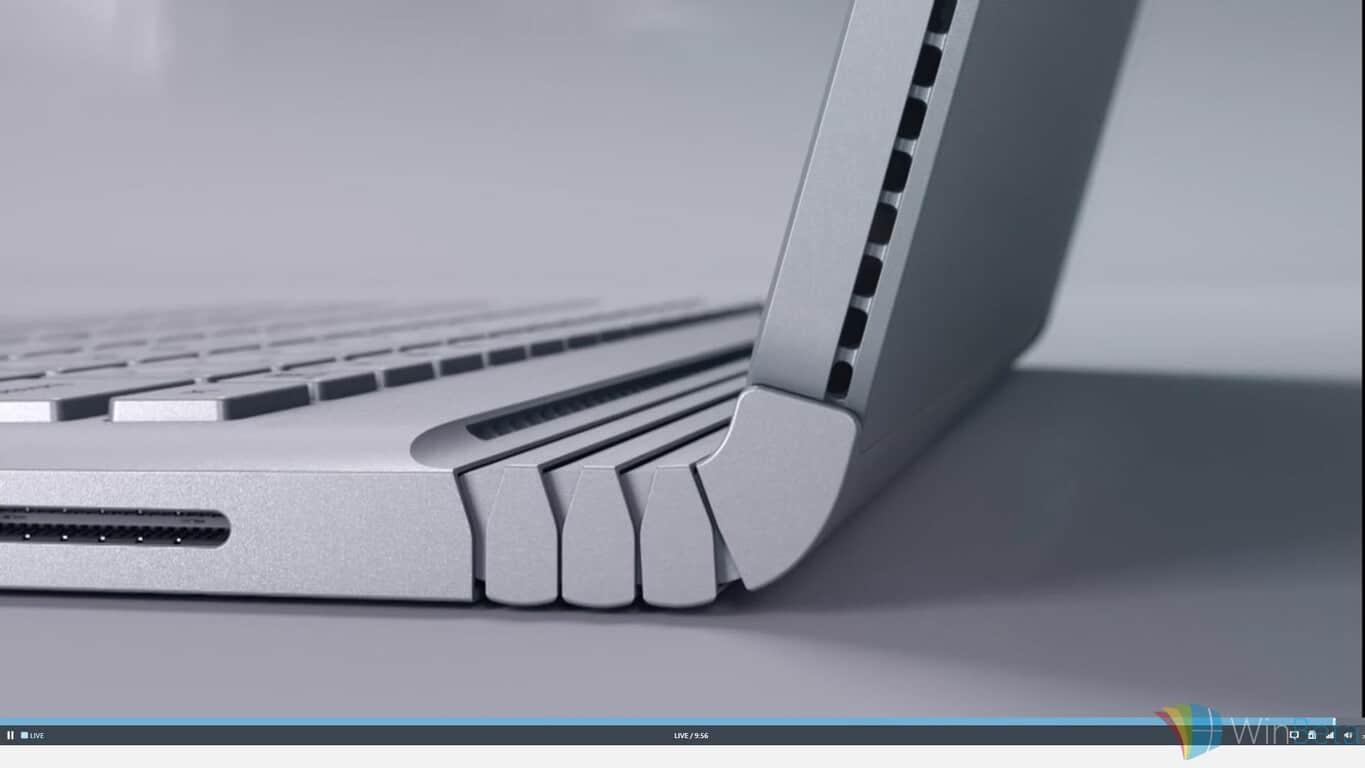 Every now and then, a company can surprise us. It doesn't happen often; in fact, it's exceedingly rare. For the last decade or so, Apple has come the closest--or at least, that's been the narrative. The original iPhone was an innovative product in its time. The iPad was lauded as the first truly usable tablet computer. The MacBook Air was well-received. And Apple assumed the mantle as the most secretive company, even as product leak after product leak provided at least an idea of what was coming to each annual Apple event.
Microsoft, on the other hand, has received little credit when they've done something unexpected. The Surface line was a surprise, certainly, as was the Surface Pro 3 last year. But the Surface Pro 4 has been talked about for months, and so its announcement at today's Windows 10 hardware event was relatively uneventful. The Surface Pro 4 is an excellent evolution from the Surface Pro 3, but there's nothing "magical" about it. Nothing that blew anyone away.
And then, in a truly Apple-esque "One More Thing" moment, Panos Panay, Microsoft vice president in charge of devices, introduced the new Surface Book.


Microsoft is touting the Surface Book as "the fastest 13-inch laptop anywhere on the planet" and, portentously, as the "Ultimate Laptop." Panay took some time to describe all of the feeds and speeds with subdued wit, and many people were excited that Microsoft had produced a laptop machine but a little perplexed at the same time. This seemed to be the ultimate example of Microsoft reinventing a category to, perhaps, show their OEMs how great Windows 10 devices can be designed and built.
And then, Panay showed the introduction video one more time, and admonished the audience to watch a little closer. A new version of the video was shown, and then the real surprise played out. That exceedingly rare, unexpected moment that's so unusual in an industry where product leaks outnumber actual products by 100 to one. Microsoft shocked people, and in that one moment demonstrated without any reasonable doubt just how serious they are about climbing back to the top of the mountain.
The Surface Book's screen detaches, and becomes the world's thinnest Core i7 tablet.
https://www.youtube.com/watch?v=F5yIV09Vxsc
Microsoft hasn't created anything new here, mind you. Other Windows manufacturers have made notebook-like machines with detachable tablet screens. In fact, ASUS was the first to create such a machine, with their Transformer line of Android devices. However, what Microsoft did accomplish was to introduce a machine that nobody expected, that hadn't even been hinted at other than coincidentally--there was talk of a larger Surface Pro machine, but that's certainly not what Microsoft introduced with the Surface Book.
Just as the Surface line reinvented the hybrid, Microsoft has created an entirely new kind of machine. It's an industry-leading, no-compromise laptop that, by itself, would arguably serve as an example of the best available from any manufacturer, running any operating system. Microsoft could have stopped there, permanently attached the screen, and they would have amazed the audience and made for an exciting event.
But Microsoft didn't stop there. They created a laptop where the screen detaches into a wonderfully advanced tablet, complete with the same pen as the Surface Pro 4 and with superior performance? What makes the Surface Book so different, so innovative, at least on paper, is that it performs both roles--laptop and tablet--so well.

The Surface line has always been well-designed and -built, using the best materials, excellent fit-and-finish, and always attractive. The Surface Book takes this engineering, materials, and manufacture expertise to an entirely new level. Hopefully, Microsoft will start getting the credit it deserves for making machines at least as well as Apple.
The Surface Book weighs 1.6 pounds, and like all Surface machines is milled out of magnesium. In fact, the Surface Book maintains the general design philosophy as the rest of the Surface devices, down to the typical venting along the edges of the screen. The machine sports two full-size USB 3.0 ports, a full-size SD card reader, mini-DisplayPort, and a Surface Connect port.

Outstanding performance is provided by a combination of class-leading specifications and components that make the Surface Book arguably the fastest thin-and-light laptop on the market. Optional discrete Nvidia graphics with GDDR5 memory are on tap, as is a choice between Core i5 and Core i7 Skylake processors. There's PCE Express connectivity for the SSD drives, removing another bottleneck.
Again, Microsoft is calling the Surface Book "the fastest 13-inch laptop anywhere on the planet," and that's an entirely believable claim. Whether it's actually twice as fast as the MacBook Pro remains to be seen, but given the Surface Book's design and flexibility, simply matching the performance of Apple's best would be an acceptable proposition.
Interestingly, the Surface Book's dedicate GPU resides in the keyboard. Used the machine as a laptop with the screen attached, and you enjoy full-on graphics performance. Detach the screen and use it as a tablet, and the integrated Intel HD GPU will do the work while providing enhanced battery life. We'll see how the switchable graphics works in practice, but it's a welcome capability if it works well.
Battery life is rated at up to 12 hours, making it competitive with the MacBook line (not to mention every other 13" notebook on the market).

The Surface Book sports a 13.5" PixelSense screen with a "dynamic fulcrum hinge" that provides a smooth, solid feel to the machine (but does create a bit of an odd angle when closed). Microsoft points out that the screen has the highest PPI of any comparable machine, at 267PPI (3000 X 2000 resolution).


Most astonishingly, the screen detaches to become the world's thinnest Core i7 tablet. The touchscreen supports the same pen as is available for the Surface Pro 4 (and the pen is included), with the same magnetic attachment. And when the screen is connected to the keyboard in its reversed position, it becomes perhaps the world's most lapable tablet as well.


Of course, a facial recognition camera provides built-in Windows Hello support, and there's an 8 megapixel camera on the back with autofocus and 1080P HD video support.

The backlit keyboard provides best-in-class key stroke and a purposefully quiet design, and should make for an excellent typing experience. With 1.6mm of key travel, hopefully the Surface Pro doesn't make the same sort of compromise as the odd design on the Apple MacBook. The Surface Book's trackpad also received some attention, and is an all-glass affair with five-point multitouch capability.

The Surface Book starts at $1,499 and ramps up all the way to $2,699. Clearly, it's a high-end product meant to compete head-to-head with Apple's best.

Conclusion
The Surface Book is not only surprising machine, it's exceptional. Microsoft has managed to create a machine that functions as a truly remarkable laptop, while doubling as an industry-leading tablet. It's not mere hyperbole to suggest that Microsoft did something really special today. They surprised us, something that Microsoft--and no company, really--had done in quite some time.
Microsoft's desire to become the "productivity company" is on full display with the Surface Book, and the company has put the industry on notice. Whether it's enterprise-level cloud and productivity solutions or innovative hardware design and manufacturer, Microsoft isn't playing around.