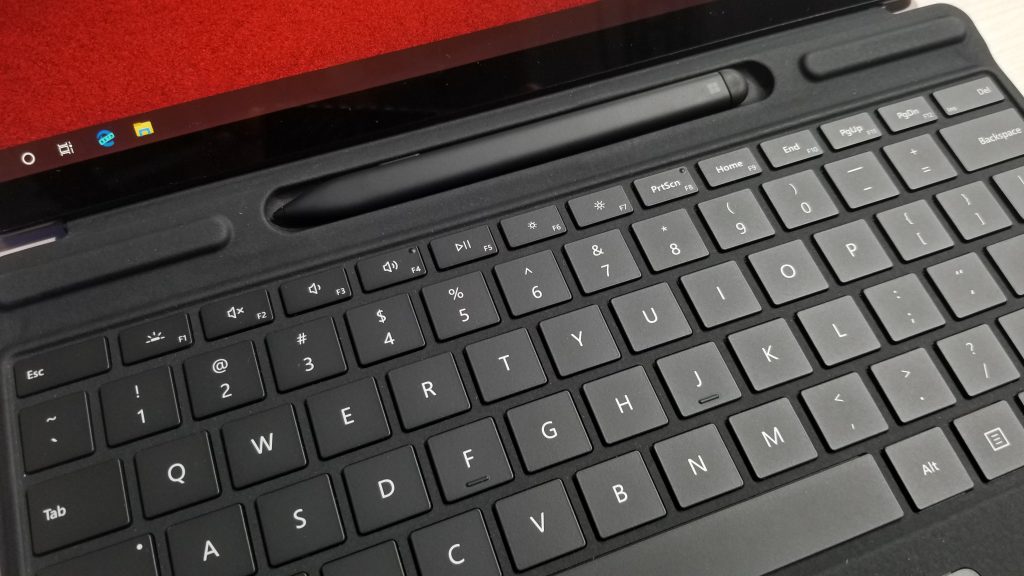 Microsoft has updated the Surface app for its line of tablet and notebook computers, bringing Surface Pen Slim support to users, according to MSPU. The pen still has yet to be released, and will share the launch date of November 5 with the Surface Pro X, the company's new ARM-powered tablet with built-in LTE connectivity.

As per the app's changelog, it also introduces a new “first run experience for Pen users”, which will launch automatically when a user undocks the it or touches and holds the tip to the screen for about a second, allowing them to quickly learn about configure the accessory for use in apps. According to the release notes:

First run experience for Pen users. The experience launches immediately on 2 Pen triggers: a) undock the pen from its charger or b) touch the pen tip to the screen (for about a second). The experience guides the user through setting preferences and explaining pen usage in Office and other apps. The experience will only happen once per user, it should not launch once it has finished.

If you have yet to update the app, you can do so using our link we've provided below. Be sure to let us know what you think about the new setup experience as well as your thoughts on the Surface Pen Slim in the comments area. below.

EA games are coming back to Steam, starting with Jedi: Fallen Order