It’s official, both Microsoft and Insomniac Games confirmed yesterday that Sunset Overdrive is coming to Windows PCs today, four years after the game’s debut on Xbox One. Ted Price, Founder and CEO of Insomniac Games will also discuss the PC release during today’s This Week on Xbox episode.

Check out tomorrow’s This Week on Xbox when we welcome @insomniacgames’ @igTedPrice to talk about @SunsetOverdrive coming to Windows 10 PC. Don’t forget your can of OverCharge Delirium XT. pic.twitter.com/2MpNXFTYss

Even though Major Nelson’s only mentioned Windows 10, the game will also be available on Steam for users still on Windows 7 and 8, and a physical disc version was spotted on Amazon earlier this week, and the game will apparently priced at $19.99. The game has yet to appear on the Microsoft Store and Steam as of this writing, but it could just be a matter of hours.

Now that Sunset Overdrive is finally coming to Windows, it's clear that Xbox exclusives are becoming a thing of the past. These days, pretty much all new Xbox One games are also available on Windows, and even Microsoft's Halo series will make the jump to Windows 10 starting with the upcoming Halo Infinite. Considering that Windows is one of the biggest gaming platforms out there, console exclusivity can really be a missed opportunity for game developers.

Update: The game is now live on the Microsoft Store and Steam. 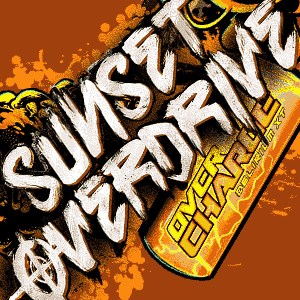