Subway Surfers has been a Windows Phone staple for a couple of years now, being a popular game that's received numerous updates enhancements. However, it's not yet been pushed to Windows 10 Mobile specifically, which has been something of a mystery. According to a tipster over at Windows Central, however, it's not so much of a mystery: there's a bug that's been holding things back.
According to the tipster, developer Kiloo had this to say in response to a pointed request:

"Unfortunately we encountered a bug for Subway Surfers specifically on Windows 10. We chose to not make the game available with that bug as it is not a level of polish we are comfortable with. We are working as fast as we can to solve the issue. Sorry for the inconvenience."

That's simple enough. We'll let you know when the bugs have been squashed, and the game is available on our favorite new operating system. Until then, just keep playing the Windows Phone version. 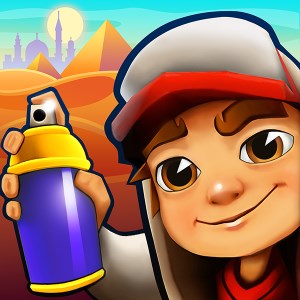