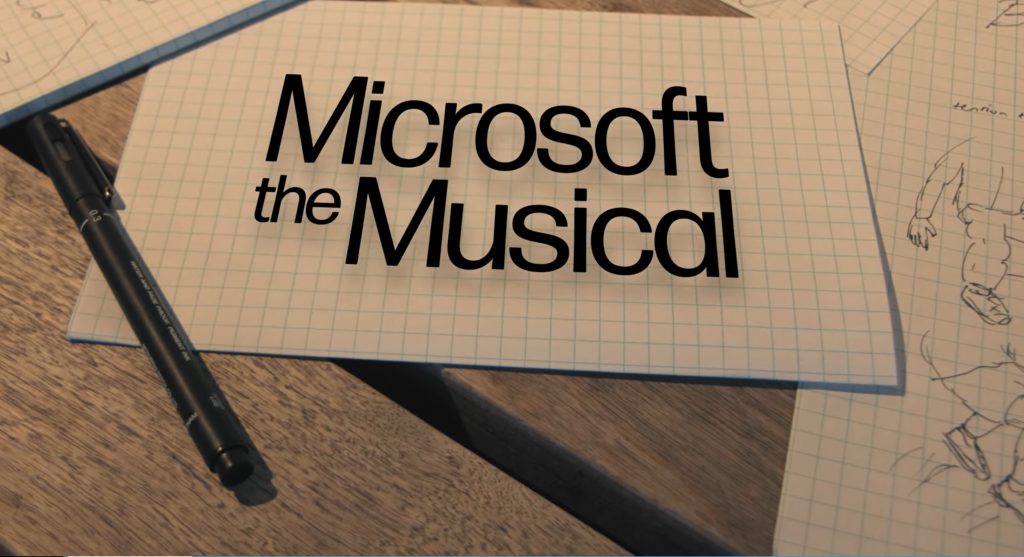 Microsoft has a deep history in the computing world, but not everyone has time to read about it on Wikipedia, textbooks, or online. Some interns and employees at the company apparently appear to get that and recently created a fun Microsoft themed musical, titled, "Microsoft the Musical." As Neowin points out, the strange musical features dancing Microsoft interns and employees poking fun at some of the company's most famous moments --- from the success of Surface, failure of Windows Phone, and more.

The roughly 10-minute long musical video begins with an "introduction" of Bill Gates and then moves on to mention the history of Windows. Other segments in the musical then mention Microsoft Office, Clippy, Xbox, Minecraft, HoloLens and more. Perhaps the most interesting parts occur at around the 2 minute and 55-second mark when the interns joke at the failure of Windows Phone. As the first chorus in the segment puts it:

"It’s all happening here… The standard for your office and your home. All happening here. All around the world our products are well-known!. Except for when we tried to make a phone!"

For Surface fans, the best part of the musical comes in the first verse, around the 2 minute and 18-second mark in the full video. At this point, the interns sing on to mention that Microsoft was missing a laptop, but ended up revolutionizing an industry. It goes on:

"One thing we were missing was a laptop that was nice. So we redesigned an industry—and then we did it twice! We titled it the “Surface”—both descriptive and concise. Why buy two devices when a Surface would suffice?"

It doesn't appear that this musical is officially sanctioned by Microsoft, as the video does not appear linked on any of the company's social media channels. Still, according to the description in the YouTube video, it was the day, weekend, and night work of 150 summer 2019 interns and employees of all different types at Microsoft.

The video also especially appears to be focused on "dreamers," and Microsoft encouraging these interns to bring their whole selves to work. "We hope that this speaks to every person who dreams of being part of something big—and especially to those who’ve been wrongly told they can’t be. At some point, we were all in your shoes. You CAN, you SHOULD, and you WILL," explains Liam McGregor, the director of the video.

Update: Thanks, Bryan Reich for the comment! We've updated our post to clarify that this musical is also the work of Microsoft employees and not just interns.