Story Remix will have some exclusive content for Office 365 subscribers - OnMSFT.com Skip to content
We're hedging our bets! You can now follow OnMSFT.com on Mastadon or Tumblr! 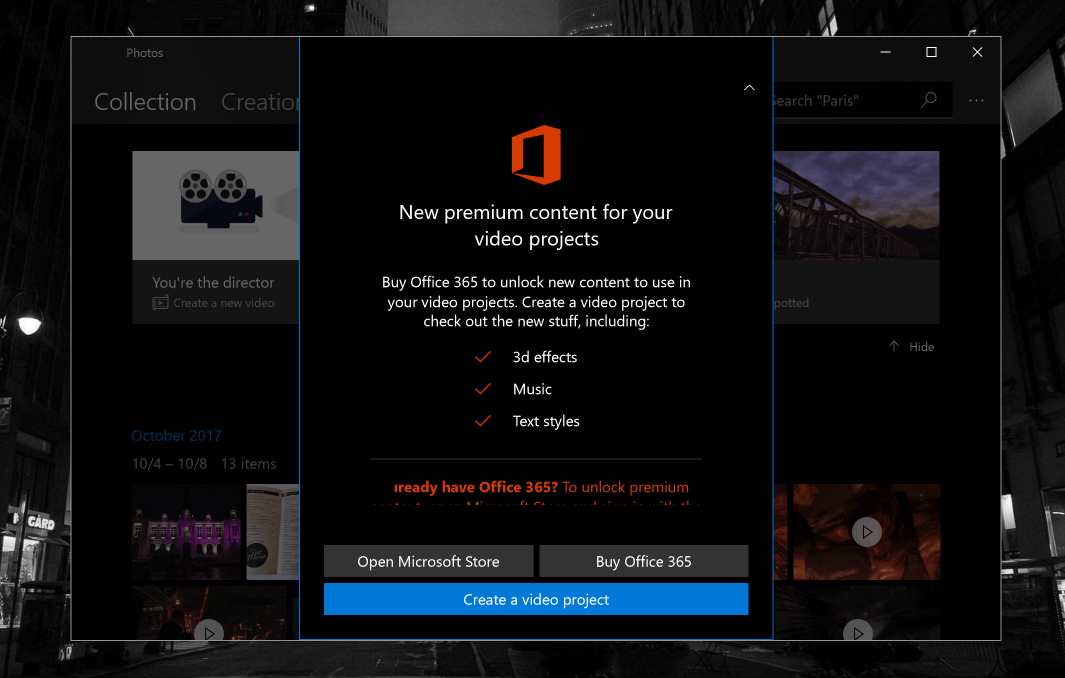 Story Remix, an update to the Windows 10 Photos app is one of the big new consumer features of the Windows 10 Fall Creators Update. While not a full Windows Movie Maker replacement, Story Remix is a handy tool that let you create an album or video from personal pictures in the Photos app, and it includes a lot of effects, themes, and background musics to make your creation really original.

If the most impressive effects that Microsoft showcased during Build 2017 have now been delayed, the latest update to Story Remix for Windows Insiders shows that you’ll need an Office 365 subscription to unlock all 3D effects, music and text styles.

This quite similar to what Microsoft is doing with its Office mobile apps, which are free to use but with some features exclusive to Office 365 subscribers. This also applies to Sway, Microsoft's digital storytelling app which also has some of its features behind the Office 365 paywall.

As Story Remix is a consumer app and not an official Office app like Sway is, this is quite an interesting decision from Microsoft. But even if you're not an Office 365 subscriber, you can still have a lot of fun with Story Remix, as most of the content and special effects remain free for now. However, it remains to be seen if it will stay that way in the future.