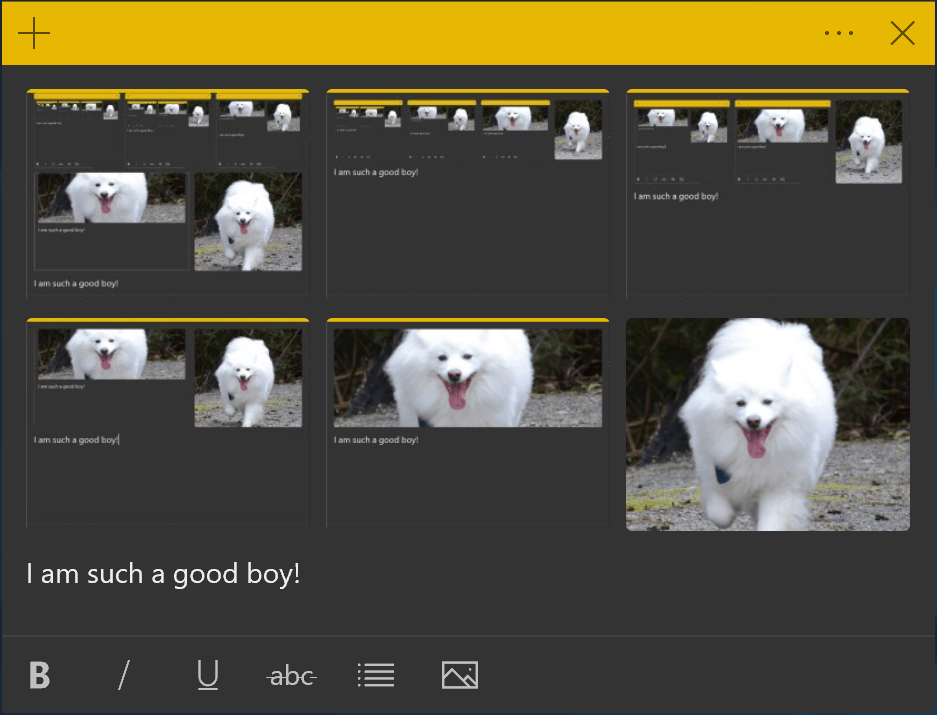 Microsoft has just started testing a major update for its Sticky Notes app on Windows 10 PCs. Windows Insiders on the Skip ahead ring running the Windows 10 build 18855 or newer can now download the version 3.6 of the app, which brings supports for image attachments, multi-desktop support and more.

This update also brings various usability improvements, as well as some bug fixes. You can learn more in the full release notes below:

Sticky Notes is a pretty useful inbox app on Windows 10, especially after the version 3.0 introduced a cloud syncing feature for users who log in with a Microsoft account. Microsoft has already locked down the inbox apps shipping with the Windows 10 19H1 update, so it could take some time before this update starts rolling out to the general public. In the meantime, let us know what you think of this update if you are able to install it.