Start the new year off right with these Xbox Games with Gold titles for January - OnMSFT.com Skip to content
We're hedging our bets! You can now follow OnMSFT.com on Mastadon or Tumblr! 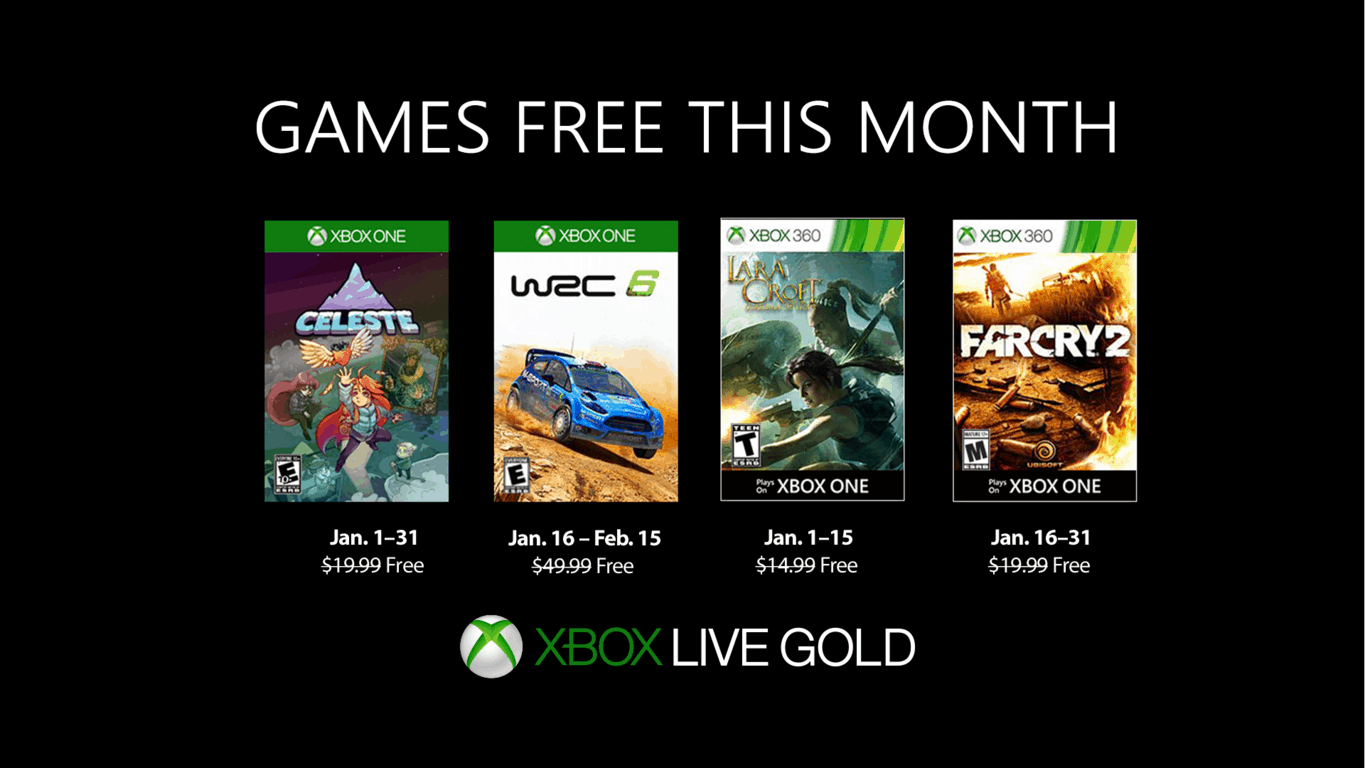 The Xbox team has just announced the Games with Gold titles for January, and they’re a pleasant surprise. The headliner is Celeste, the critically-acclaimed platformer that recently won The Game Awards 2018 Best Independent Game category. Celeste was released back in January 2018 on the Xbox One, and it will be free to grab starting January 1 along with the Xbox 360 game Lara Croft: Guardian of Light.

On January 16, Xbox Live Gold members will be able to snag the Xbox One racing game WRC 6 FIA World Rally Championship, as well as the Xbox 360 game Far Cry 2. The latter is the second Far Cry game to be offered to Gold subscribers after Far Cry 3: Blood Dragon back in November 2016.

These four games represent 3200 in Gamerscore and $104.96 in value, which is excellent. If you have yet to subscribe to Xbox Live Gold, you can currently pay just $1 for your first month for a limited time.

Microsoft to end Xbox All Access program on December 31, will reopen next year