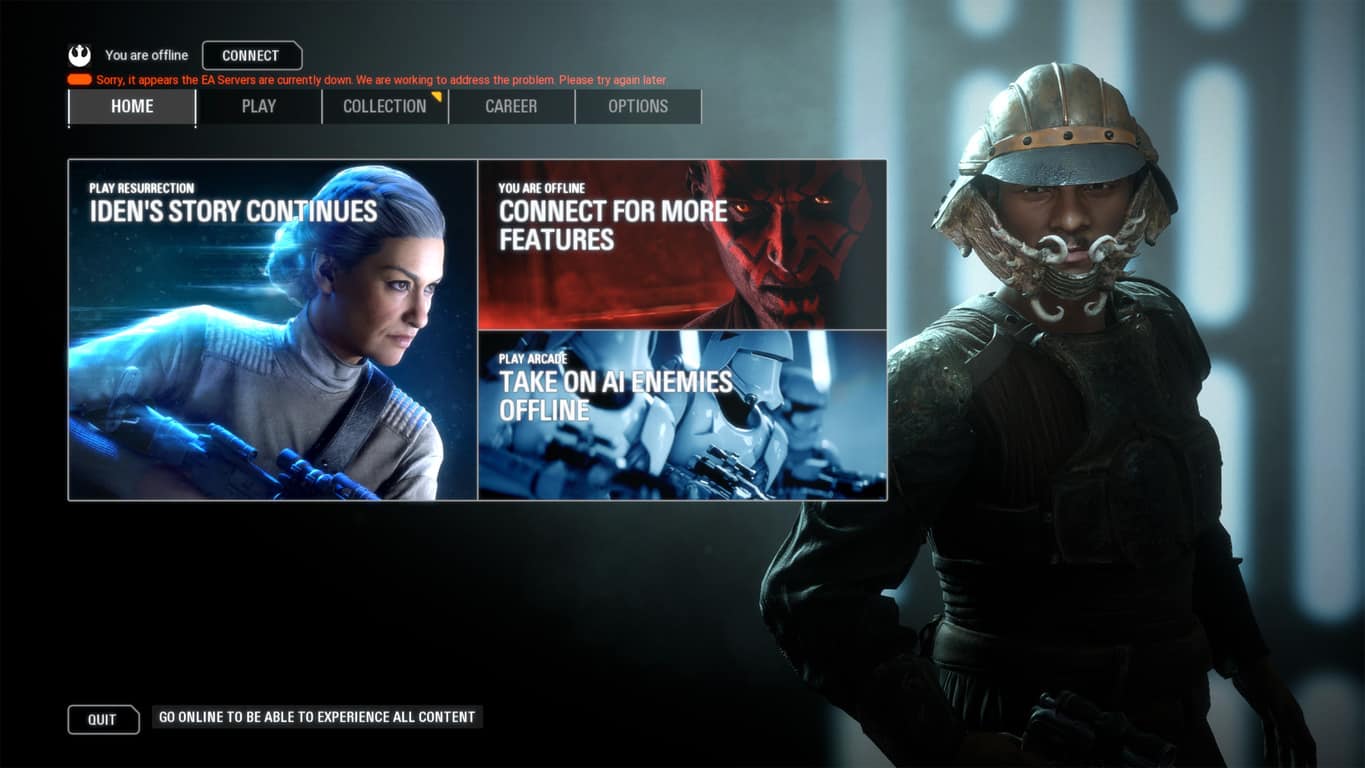 The first half of Star Wars Battlefront II's big Season 2 update has begun to rollout to Xbox One consoles in all regions and should be live for everyone within the next hour.

In addition to the usual bug fixes and character balancing, this update brings a complete overhaul of Battlefront II's menus that does away with the hologram aesthetic and replaces it with high resolution character models (see above image).

This first half of Season 2 also features the debut of new appearances (skins) for Leia and Lando, a new 2-on-2 version of Heroes Versus Villains, the Jabba's Palace map, Starfighter Assault content in Arcade, and new milestones to work towards.

Starfighters are ready and waiting for you. pic.twitter.com/MMXNFjEUXg

All of this new content is completely free for owners of the game. The second half of Season 2 is expected to drop in June though all of its content is being kept a secret, presumably due to spoilers from the Solo: A Star Wars Story movie which isn't out yet.

Are you excited for new Battlefront II content? Let us know in the comments below.