Star Wars Battlefront II to get new Clone Trooper skins and several changes next week - OnMSFT.com Skip to content
We're hedging our bets! You can now follow OnMSFT.com on Mastadon or Tumblr! 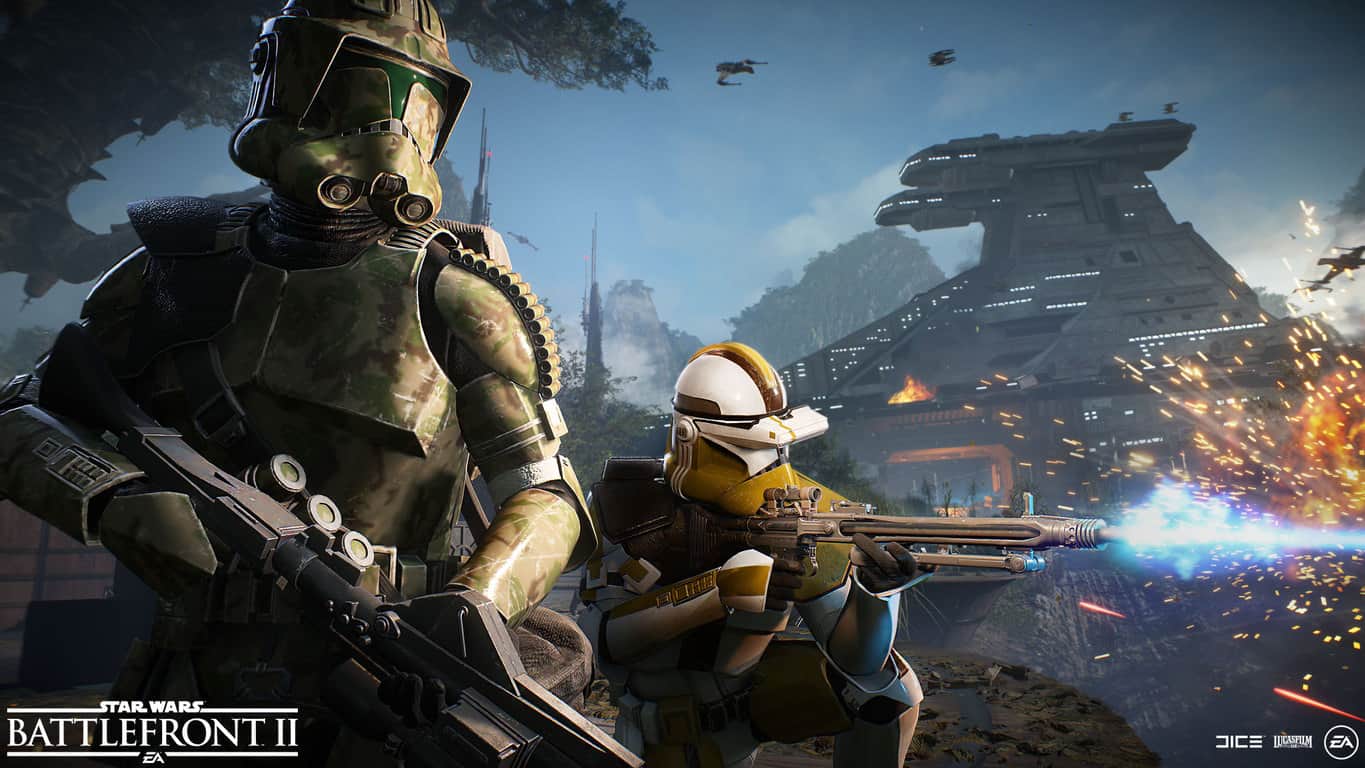 The latest Community Transmission for Star Wars Battlefront II has just gone live after several accidental leaks by EA staff in other regions forced the company to publish it early.

The Community Transmission covers most of the major changes and additions coming with the new update on August 29th and previews the two new skins that will be added for the Clone Troopers featuring the 41st Elite Corps and the 327th Star Corps (pictured above).

With this upcoming update, all emotes and poses will be buyable after being locked behind in-game requirements since launch, the Naboo Palace Hangar will be added to Blast, more data will be shown post-match, and an option to play in Star Wars Prequel Era levels will be added. A variety of smaller changes and fixes have also been added, mostly revolving around limiting areas which Boba Fett can fly to.

More detailed release notes for the update will be published next week as will an updated roadmap for new game content due later in the year.

Something worth mentioning is that the above image appears to show a droideka walking out of the ship on the right side of the screen. These droids have been hinted at for a while but the inclusion of one could be a tease of confirmation that they'll be added to the game in an update in the near future. Possibly in the Geonosis update later this year.

Are you excited to try these new skins? What other skins would you like to see in Star Wars Battlefront II on Xbox One? Share your thoughts with the community in the comments below and then follow us on Pinterest for more Xbox content. Microsoft to retire its Sway iOS app in December