Star Wars Battlefront II gets Last Jedi update on Xbox One - OnMSFT.com Skip to content
We're hedging our bets! You can now follow OnMSFT.com on Mastadon or Tumblr! 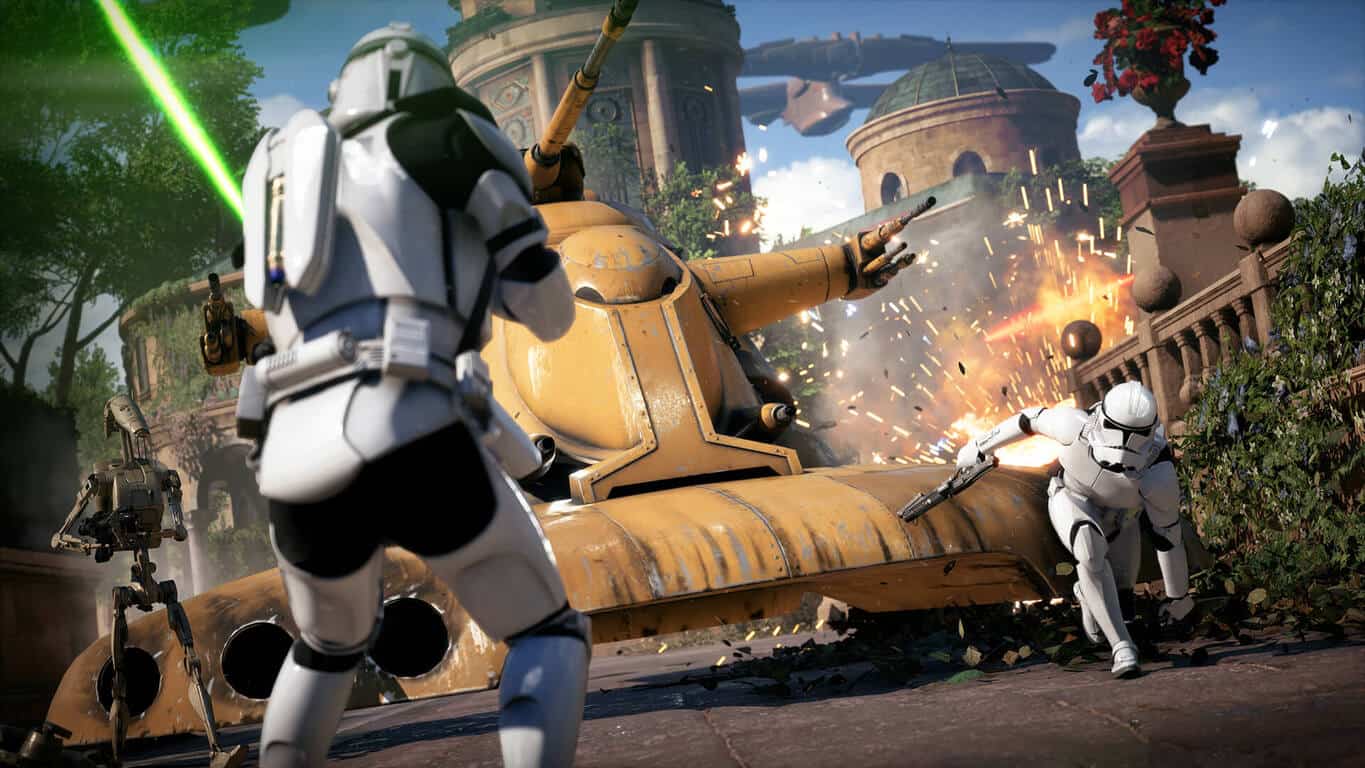 Seems as though this holiday season is a little light on new gaming titles to purchase for these hot on the shelf consoles, but gaming studios are looking to circumvent disgruntled gamers voicing their frustration by offering value-add to existing titles.

Let's get the boring fix it stuff out of the way:

Boba Fett
Decreased each rank of bonus damage gained from Anti-hero rockets by 4
Decreased each rank of extra rockets gained from Intense Barrage by 1
For the Hunt doesn't give back fuel to the jetpack anymore, instead, fuel won’t deplete while it is active
The jetpack icon will now turn yellow when Boba Fett uses the For the Hunt ability, indicating that jetpack fuel is unlimited while the ability is active
The Blaster Disabler ability no longer disables Boba Fett's, or his allies’, blaster when triggered

Now on to the fun additional things this update brings and that fans like myself have been waiting for:

NEW HEROES: FINN AND PHASMA
Introducing two new heroes!
- Finn joins the Resistance. A skilled soldier, Finn now uses his training to protect his allies at any cost. Finn charges into battle and deals precise damage blazingly fast to any enemies who dare stand in the way.
- And then we have the imposing commanding officer of the First Order: Captain Phasma. Few are more feared than Captain Phasma as she uses every tool at her disposal to ensure victory.

NEW CAMPAIGN DLC: RESURRECTION
Iden Versio is back in the Resurrection DLC! She is searching for answers, while the secrets of a First Order conspiracy are revealed. This DLC contains three new campaign chapters that continue Iden’s saga in the Star Wars universe.

NEW MAP: D’QAR (Starfighter Assault)
As you recall from The Force Awakens, D’Qar is the principal base of the Resistance. Now experience an incredible space battle over that planet as the First Order attacks, threatening to wipe out the base, and the Resistance, once and for all.

HERO SHIP AND HERO SHIP UPGRADE
To spice up the space battle, we have also launched a new hero ship – Tallie Lintra’s RZ-2 A-wing. For Poe Dameron, there is a new hero ship upgrade for his T-70 X-wing.

The update is perfectly timed as fans will be undoubtedly watching the latest Start Wars movie and then itching to try out all the new content related to the film this weekend.

Let us know in the comments, your favorite experiences while playing Star Wars Battlefront or Battlefront 2.