Star Trek Online, a free MMO game set in the popular Star Trek Universe is now available on the Xbox One and the Playstation 4 (via Windows Central). The game is not exactly new since it was first released on Windows back in 2010, though this new console version packs slightly updated graphics. While the game is free-to-play on the Xbox One, there are in-app purchases (up to $199) to buy in-game items such as ships, cosmetic enhancements, accessories, and more.

Here is the official game description:

In Star Trek Online, customize your Captain and enjoy your very own Star Trek experience with over 125 episodes through multiple story arcs, featuring content in both space and ground. Explore strange new worlds, in this ever-expanding, completely Free-to-Play online universe.

According to a blog post on the game's official website from last month, players on the Xbox One will receive exclusive gifts such as a free Tier 1 Blockade Runner Escort Steamrunner-class Starship as well as aFederation, Klingon, or Romulan pack including ships and uniforms for their faction. You can download the 15GB game from the download link below, tell us in the comments if you plan to try it on your Xbox One. 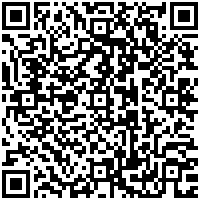 If you're lucky, a Microsoft Store near you will be hosting HoloLens demos