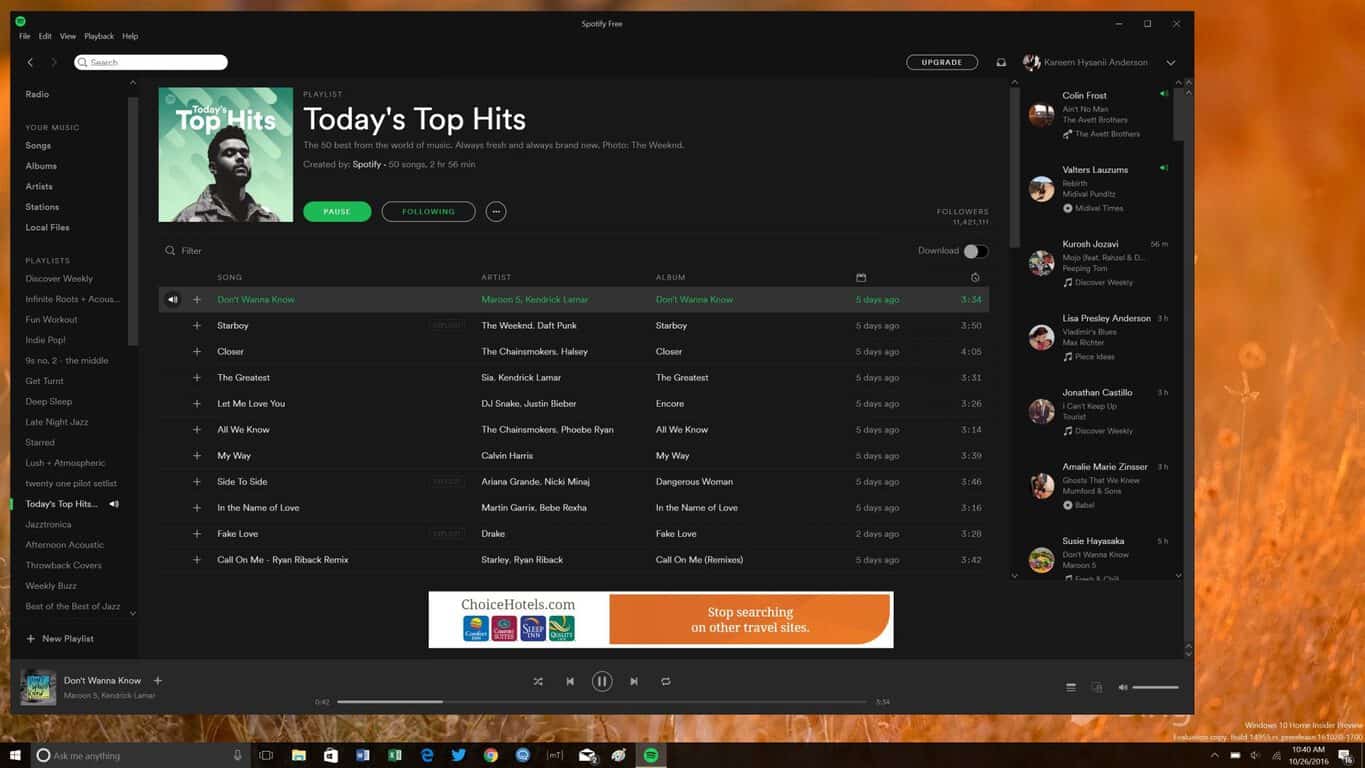 Spotify, one of the largest music streaming services, has been found to have a major flaw in its desktop client for Windows, Mac and Linux. This bug has the potential to reduce the lifespan of an SSD and deplete system resources. As reported by Ars Technica, this is a big issue for those using SSDs.

Essentially, the Spotify desktop client has been writing a large amount of data to hard drives constantly. This constant rewriting of data reduces the lifespan of an SSD as they only have a limited number of writes before they die and need to be replaced. It has come to light that the issue may be caused by Spotify performing a database operation constantly on users' playlists. Therefore, users with larger playlists would see larger amounts of data being written to their hard drives, while those with smaller playlists are less likely to notice anything.

A spokesperson for Spotify had the following to say:

We've seen some questions in our community around the amount of written data using the Spotify client on desktop. These have been reviewed and any potential concerns have now been addressed in version 1.0.42, currently rolling out to all users.

The good news for Spotify users, however, is that the company has now deployed a fix with version 1.0.42 of the desktop client, which is rolling out to users. Nonetheless, this bug has existed since at least the middle of June, as this is when the first user reports were spotted on the Spotify Community forums.

Nokia Moonraker shown off in new video, the smartwatch that could have been