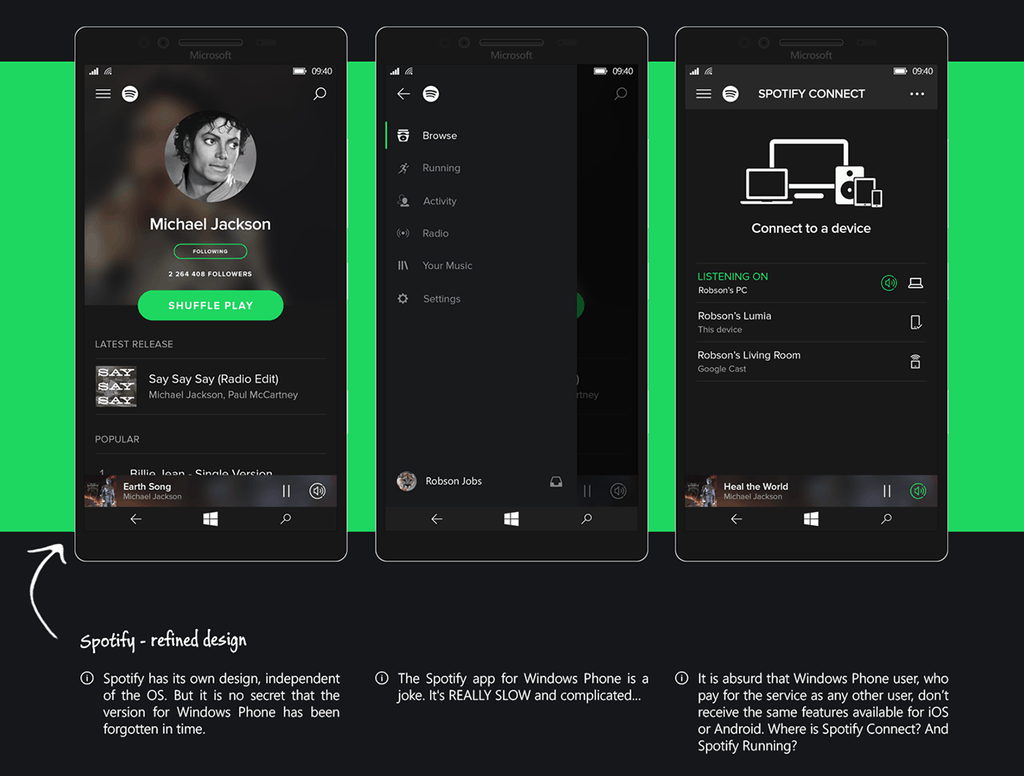 The Xbox team have been pushing out fixes for the Preview Build. The next update will include a large list of features: Cortana integration, voice commands through headsets, updates to My Games & Apps, Facebook friend finder, and more. One of the major highlights of the update includes the integration of background music through Xbox One. It remains to be seen how the feature will actually be implemented, but it left some fans wondering if this was an opening for Spotify to resurface on the console. Unfortunately, they'll be sorely disappointed since it was confirmed via Twitter that the music service would not be coming to Xbox One.

One curious fan asked Spotify support recently if the service would be coming to Xbox One anytime soon. Their reply confirmed that no, they will not. In fact, Spotify has a business partnership with PlayStation, refusing to offer the service across any other consoles at this time.

Hi! Right now we're focused on our exclusive partnership with PlayStation, we don't have any info regarding other consoles/BE

The service had partnered with Sony last March by replacing the Music Unlimited with the newly announced PlayStation Music. Since that juncture, the partnership has been a strong bond between the two. Spotify even announced in May that they were one of the most downloaded apps in PlayStation history and according to responses, they have no interest in expanding that reach to any other community.

Backlash ensued with many people replying to the tweet exclaiming their subscriptions have been canceled. Fans of both Xbox One and Microsoft seem to hope that the boycott will jar Spotify into reconsidering their deal with Sony, but for now, all Spotify support will say is that they appreciate the feedback and will pass it on. Maybe they'll have "more information" on it in the upcoming weeks.

How do you feel about Spotify being exclusive to Sony Playstation? Would you like to see them widen their availability to Xbox One? Leave your thoughts in the comments below.