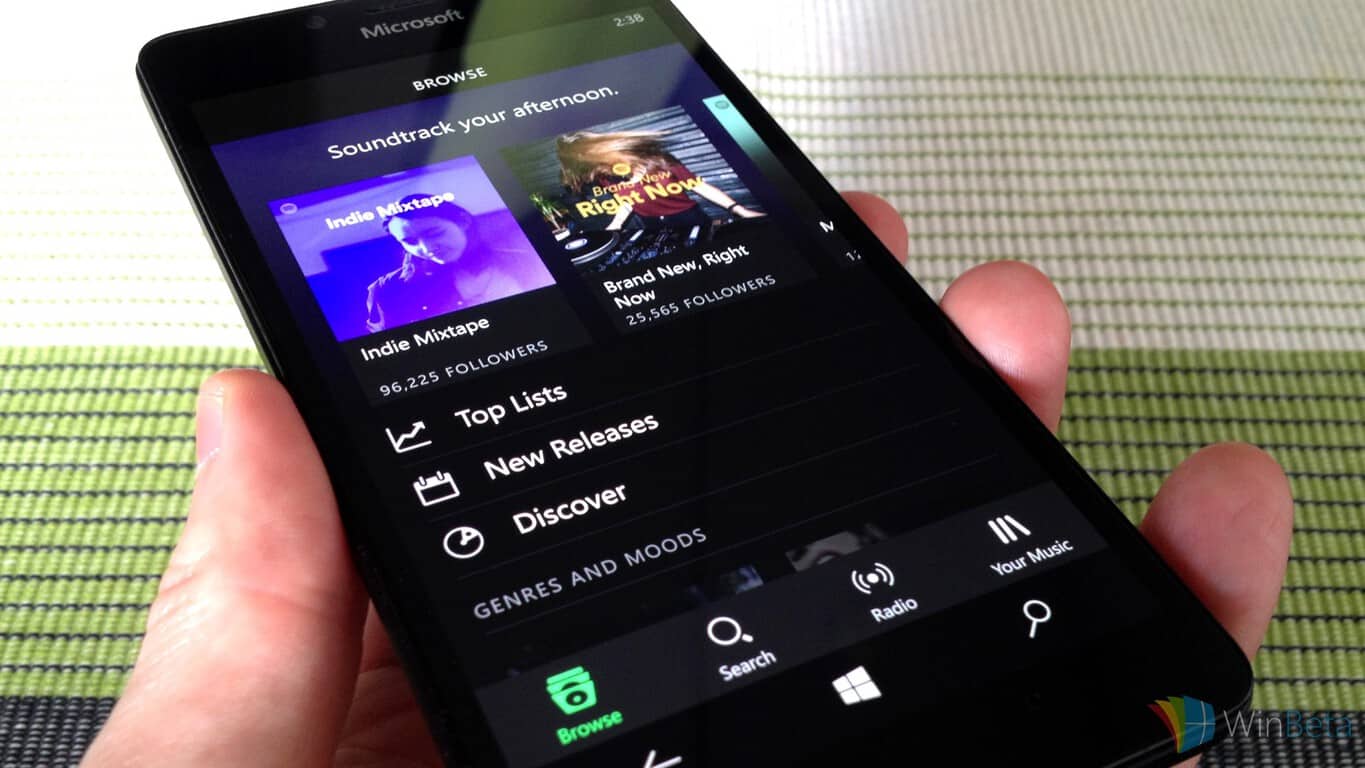 If Spotify is your music streaming service of choice on your Windows phone, we have some bad news for you. According to a statement posted on the company’s community forums , the Spotify Windows Phone app is now in “maintenance mode,” which means that it will only get critical security updates going forward but no new features (via MSPoweruser). The official statement reads:

Spotify for Windows Phone has been placed into maintenance mode. Thus, we will only be making critical security updates to the current Spotify app and not releasing any new features nor improving support for old devices going forward. Users can continue to use Spotify on previously supported Windows Phones and Spotify will remain on the Windows Store.

We will continue to work closely with Microsoft to ensure the best experience on Windows platforms and are constantly evaluating the most effective path going forward.

The Spotify Windows Phone app received its last big update last year when it adopted the same design language than the iOS and Android versions. However, it never supported new features like Spotify Connect, Spotify Running, Daily Mixes, Podcasts and more. The app is still pretty good overall, so we’re glad that Spotify hasn’t completely deprecated it yet.

Spotify is currently the most popular music streaming service out there, with over 50 million subscribers as of March 2017. Fortunately, Windows Phone users still have some good alternatives with the third-party Spoticast app or Microsoft’s excellent Groove Music app. If you’re a Spotify user, let us know if you’ll continue to use the app on your Windows phone or look for an alternative.