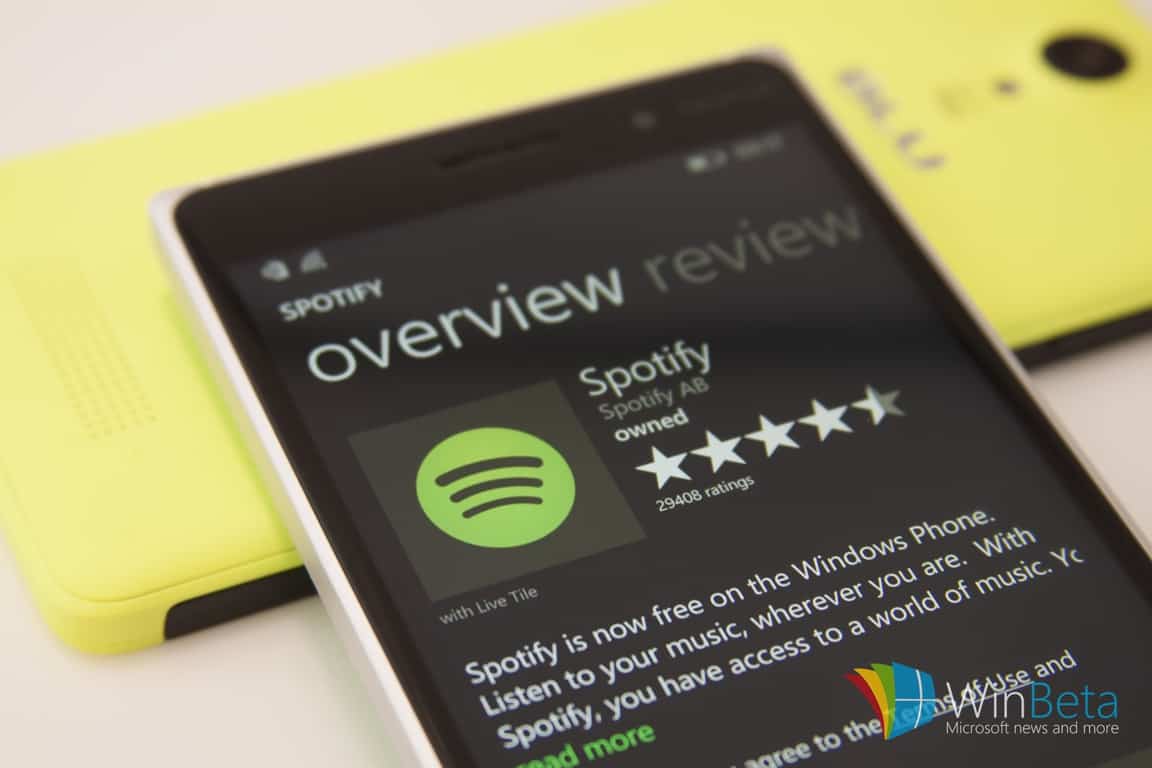 Update: Spotify has responded by stated they are not ceasing support for Windows Phone. A new update to the app is expected later today. More on that here. Original story follows.

Spotify, for those that did not know, is one of the biggest and most popular music services out there. When the official Spotify app first launched on Windows Phone, it was buggy and needed attention -- but people were glad it was available on Windows Phone. After quite a long time, Spotify finally rolled out an update to their app, changing the interface to match its Android and iOS counterparts which were miles ahead in terms of functionality. After that big update, we saw a minor update here and there.

This brought up a question by a loyal Spotify user on Windows Phone. When can we expect another update? According to a comment by a Spotify Customer Support rep, Windows Phone is no longer supported. This means if you have the Spotify app on Windows Phone, don't expect any more bug fixes. When asked about a Windows 10 app, the rep had nothing revealing to share.

Thank you for dropping us a message. We are happy to hear that you found the Spotify Community helpful. Let us try and shed some light on our possible upcoming updates.

We can confirm Windows Phone 8.x is no longer supported. You can still use our Spotify application on the associated devices but it will no longer receive any further updates and download the application. We apologize for the inconvenience.

Regarding Windows 10, we can’t say at the moment if or when any specific release will be out, but as soon as there is something new, you will receive a notification on your device that an update is available and prompted to download it.

Hope this information has been helpful. If you have something else on your mind, just drop us a line.

Another Spotify rep confirmed that they received links to Microsoft's Project Islandwood project (a toolkit to port an iOS app to Windows 10) and this information was forwarded to Spotify's technical team for evaluation.

We've reached out to Spotify to confirm this and we'll update this story if we hear back. How do you feel about this? There's a chance they are already working on a newer app to take advantage of Microsoft's Universal Windows Platform, but we'll see -- hopefully it won't take a year before it gets released.

Thanks Michael and Anon for the tip.