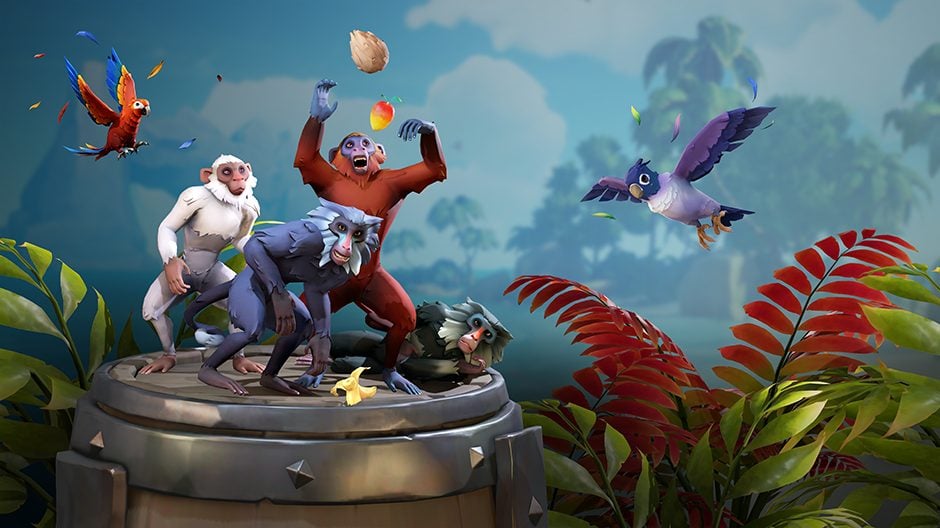 Microsoft just announced the next monthly content update to the Sea of Thieves game for Xbox One and Windows 10. The next update, titled “Fort of the Damned,” will arrive to Microsoft's devices on October 16 in time for the spooky-themed holiday at the end of the month.

Given how much everyone’s been enjoying their new crewmates over the last month we felt it would be fun to check out the top ten titles you've had them scampering/fluttering around with, as well as see which pets have proven most popular! More fun facts: https://t.co/gsXIsnHcAR pic.twitter.com/JEnX5l5p30

The update is relatively small, but it does add a new items to the Pirate Emporium and Black Market. The Xbox Wire blog post also mentions a “spooky surprise” for fans of the in-game pets—parrots and monkeys—that were added in the last monthly content update. The blog post also mentions “a challenging event arriving on Wednesday October 16th, echoing last year’s popular Festival of the Damned.”

The games's previous content update, “Smuggler's Fortune”, also added the Pirate Emporium, and in-game shop where players can purchase items with the new premium currency, Ancient Coins which can be bought with real-world money. The update also added pets—parrots and moneys—for players to enjoy.

The latest update will be provided for free to all players of the game, and is the fourth since the developers promised regular content upgrades over a monthly basis. Xbox Game Pass and Game Pass Ultimate subscribers can also play the game and receive the free upgrades as well, and Microsoft is still giving away free Spotify for those who subscribe.

Are you excited about the next Sea of Thieves update? Feel free to share your thoughts in the comments area below.