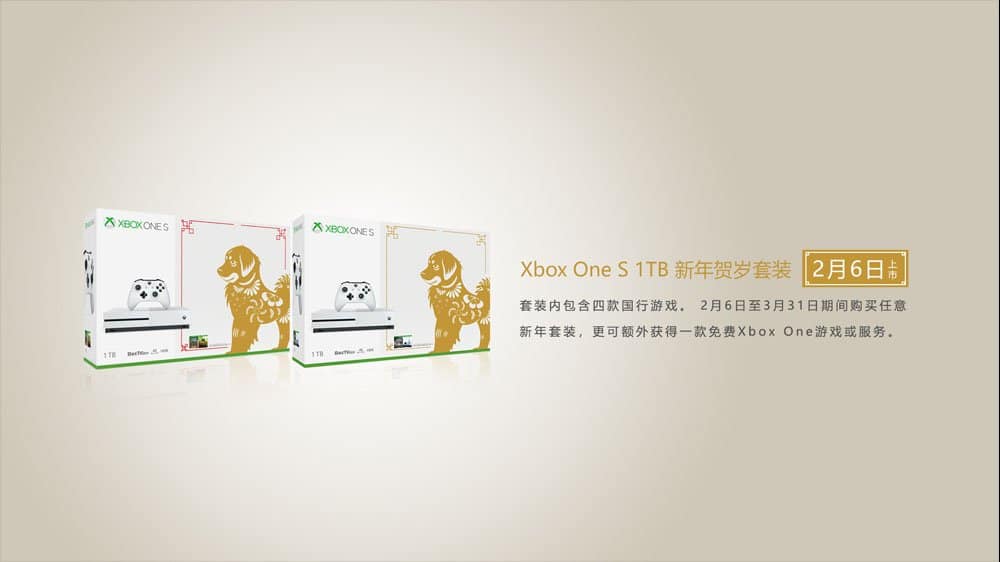 According to a tweet from video games industry follower Daniel Ahmad, Microsoft is planning on releasing special Chinese New Year Xbox One S bundles in China. The bundles help mark the start of the Chinese Zodiac year of the dog and will come with two downloadable games.

February 16th 2018 will mark the start of the year of the dog in China.

To celebrate, Xbox China will release a special new year Xbox One S bundle on February 6th 2018 in Mainland China. The bundle will cost RMB 2,399 and come with two downloadable games. pic.twitter.com/QvxEvGF0aK

It is not clear which games the bundles will include, but there appear to be two variants, both of which are 1TB. The bundles are supposedly scheduled for release on February 6th, 2018 in Mainland China and will cost 2,399 Chinese Yuan (381.46 US Dollars.)

The console appears to be cool looking since it is complete with a cool traditional looking image of a dog on the box. It will fit in well with the many Xbox One S bundles which Microsoft currently sells in various regions across the globe. Do let us know in the comments section below if this is something you’d consider buying if you’re in China.