A special Captain America: Civil War Xbox One controller is coming in April 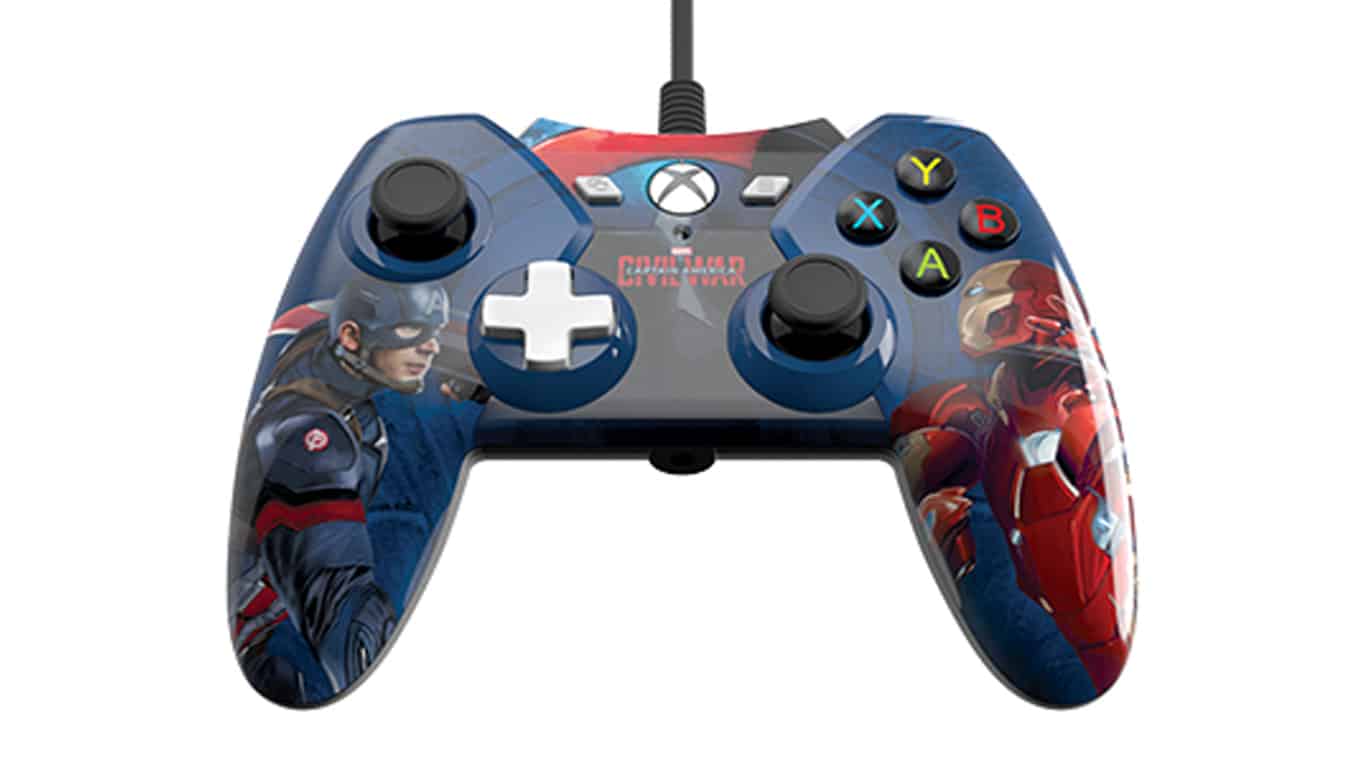 The official GamesStop website has started listing an upcoming controller for the Xbox One featuring a skin based on the Marvel film, Captain America: Civil War.

The officially authorized design features Captain America on the left side and Iron-Man on the right with the movie’s logo in the center. The controller would make a good companion to the Marvel Battlegrounds Play Set that launched earlier today on Disney Infinity 3.0 on Xbox One but unfortunately it’s not wireless which may be a turn-off for some gamers.

Due to the wired nature of the controller though, it is a lot cheaper than the wireless ones and is currently selling for US$49.99 at GameStop in the U.S.A.. The controller is also being sold at other GameStop-affiliated stores around the world such as EB Games in Australia where it can be pre-ordered for AU$84.95.

The officially licensed Civil War Controller for XBOX One features all new imagery from Marvel’s 2016 “Captain America: Civil War”. This collectable controller also boasts quality features expected in PowerA controllers officially designed for XBOX One – dual rumble motors, impulse triggers, and a 9.8 foot cord. Show some love for your favorite Avengers with this controller, but we’ll leave it up to you to choose sides.