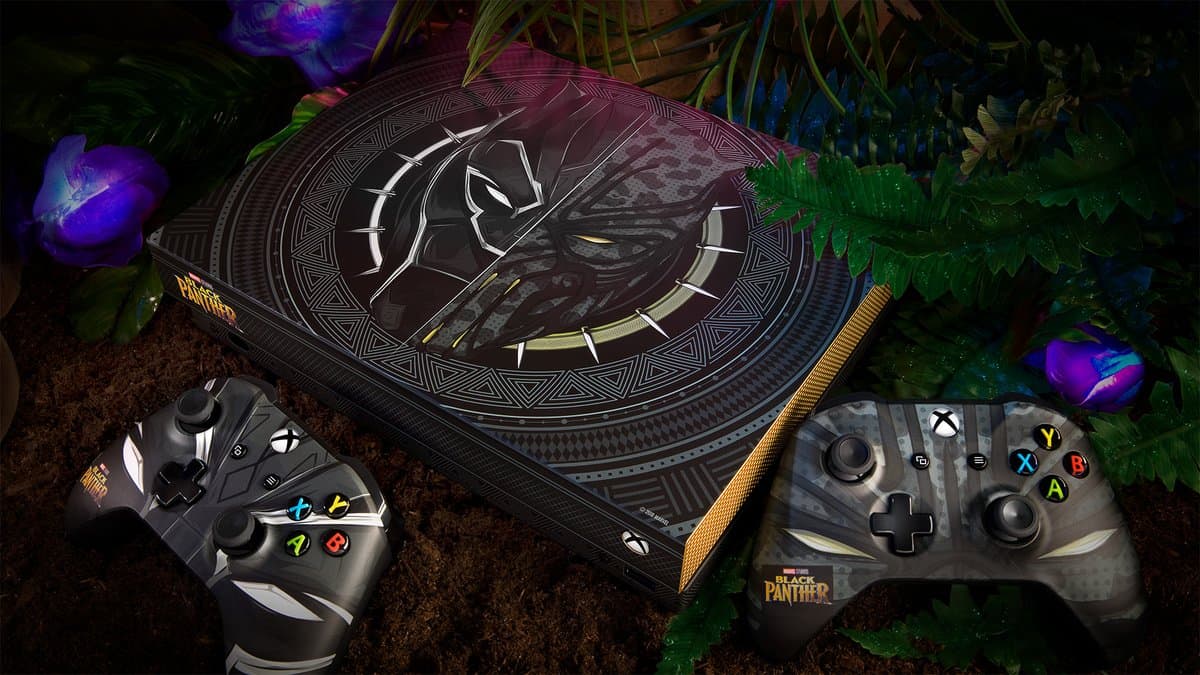 When it released in theaters back in February, Marvel Studio's Black Panther broke box office records with a $218 Million holiday weekend debut. Several months later, the hit superhero movie is set to become available in 4K on Microsoft Movies and TV on May 15th, and Microsoft is giving away five special Black Panther Xbox One X consoles to celebrate.

Bring @TheBlackPanther home on 4K UHD today and enter for a chance to win a custom Xbox One X console. It may or may not be made of Vibranium. Enter here: https://t.co/JBlvNy4TS4 pic.twitter.com/RJcxa2uobP

As you can see, the special Xbox One X consoles (valued at $525) features a custom Black Panther logo running along the top, and gold colors the sides. To go along, there is also two matching Xbox Wireless Controllers with the Black Panther movie emblem. Microsoft will also throw in a physical copy of “Black Panther” in 4K Ultra HD with each of the five consoles. To enter the sweepstakes, all you need to do is head to this website and enter your email and personal information. You don't need to buy anything to win, and the sweepstakes are open to anyone who is 13 years old and older living in the US, and Canada.

This is not the first custom console that Microsoft has given away. The company previously gave away a custom Xbox One S for the Chaimsokers, and even an Air Jordan III-inspired Xbox One X. Will you try your luck at winning? Let us know in the comments below.