Spanish doctors are using HoloLens in the operating room, cutting surgery time in half - OnMSFT.com Skip to content
We're hedging our bets! You can now follow OnMSFT.com on Mastadon or Tumblr! 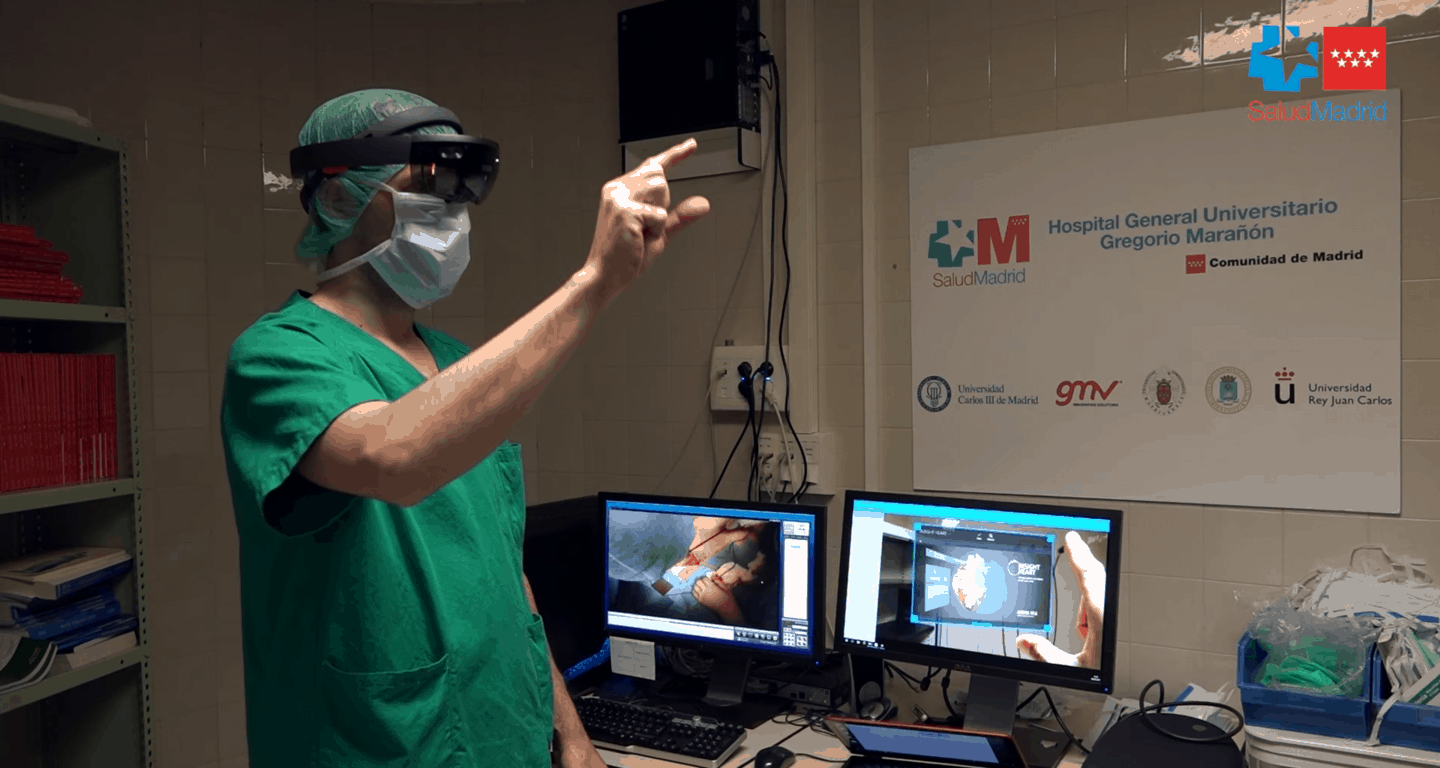 We've seen Microsoft HoloLens go out of this world, onto the battlefield, and even used for fairy tales, but now, it is heading to the operating room. In a new use for the headset, a set of Spanish doctors are wearing HoloLens in operations, helping cut surgery time in half (via 3ders.org.)

The use of HoloLens in the operating room is thanks to Spanish medical tech company Exovite, joining forces with Gregorio Marañón Hospital in Madrid. Surgeons wearing customized versions of HoloLens can see CT scan data, ultrasound data and other key stats from a patient right in front of their eyes during a surgery.

This system was developed with the help of radiologists, engineers, and surgeons. Surgeons can also see other medical images while wearing the headset, such as  X-rays and an interactive holographic panel system. This helps reduce a surgeon stress levels, and surgery times by up to half--- down from 8.5 hours to only 4.5 hours.

Dr. Rubén Pérez Mañanes remarked on the use of HoloLens:

The Gregorio Marañón Hospital actually used the HoloLens in surgery back in April on a patient who had a malignant muscular tumor, so the technology is definitely working in the hospital's favor. Safe to say this is a new step forward in healthcare, and it will be interesting to see if more hospitals catch on with the technology in the future.

Mixer mobile broadcasting is coming to Minecraft on Android and iOS