Sonic has a long and storied history of games. Sonic Dash, the franchise's free to play mobile entry, arguably holds a place in the first category. The reason that Sonic Dash - which plays a lot like Subway Surfers or Temple Run - works is because it scraps all of the design conventions put forth by later games and sticks to the things that people liked in the classic game. Putting the focus on moving very quickly through a level and keeping momentum, Sonic Dash's gameplay has always felt like something of a love letter to the original Sonic formula.

With this in mind, you shouldn't be all that surprised that the team is introducing new DLC that lets you relive the original Sonic games - at least a little bit. The DLC comes with the addition of Classic Sonic as a new character and gives us the classic Green Hill Zone as a stage. The model for Classic Sonic is the same one that was used during Sonic Generations, and Green Hill Zone is a pretty faithful adaptation that classic Sonic fans are going to get a kick out of.  If all of this sounds up your alley, the update is available for $5.99 as an in-app purchase, or you can get a chance to pick him up free by participating in a limited time event where you collect cartridges.

Thanks to Ethan for the tip! 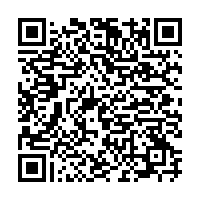