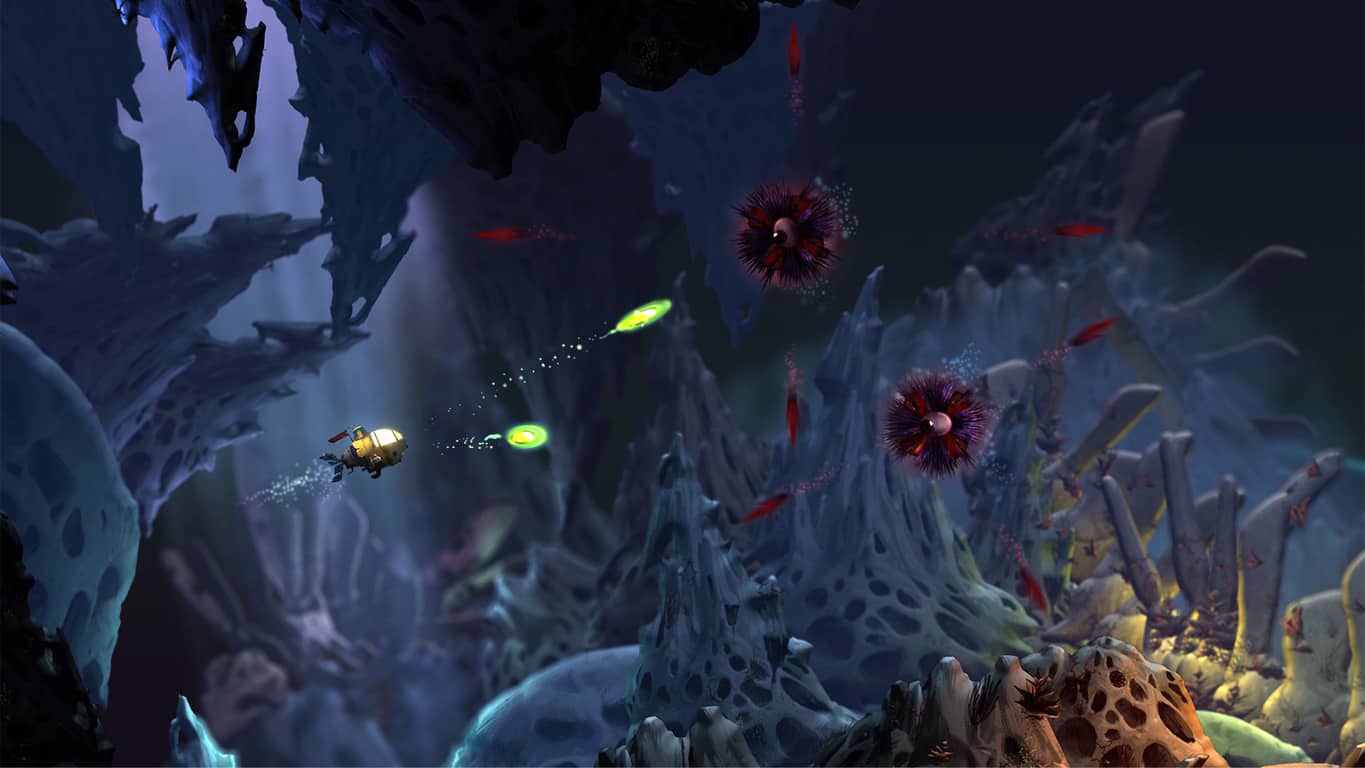 Insomniac Games, the talented team behind the Xbox One exclusive Sunset Overdrive, is known for producing popular gaming titles on a fairly wide range of platforms. Today, the publisher revealed that their brand new game called Song of the Deep will be released in summer 2016 on PC Xbox One, and PS4.

While Sunset Overdrive was an action-packed title set in an open environment, this game will be quite different as the developers are promising "a Metroidvania-style underwater adventure". Players will follow the story of Merryn, a young girl whose father disappeared in the depths of the sea. To look after him, the heroin builds a submarine and goes exploring a mysterious and deadly undersea world, filled with sunken cities and challenging puzzles. To survive, you will be able to upgrade your ship and rely on various abilities provided by Tyne, a mysterious substance.

The game will cost you $14.99 at launch, and you can already pre-order a physical copy at GameStop stores. After we saw Rise of the Tomb Raider being the first AAA game launching on the Windows Store today, we're really looking forward to see more games released over there, but right now the developer only announced availability on Steam for PC gamers.