GTAV has been out for a while now, and its community continues to make content for it on a daily basis. From creating some impressive machinima out of GTAV's film making tools to putting in simple quality of life changes and graphical tweaks, the game has become exceptionally versatile. One recent change to the game is a community created mod that transforms a player's smartphone in GTA Online to a Windows phone.

In the single player campaign of GTAV, the main character Trevor already had a Windows Phone (with the other two characters packing an Android and iPhone). In GTA Online, however, everybody's phone was just an iPhone. With this small change, Microsoft fans can feel a little bit more at home when they're going about their business in GTAV's online sandbox. The mod is totally free and available online here. 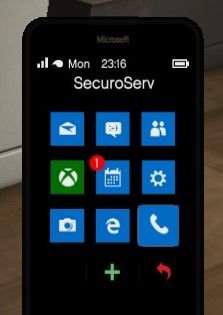 The phone is meant to be a Microsoft Lumia, and the UI replaces all of the default buttons on the GTA Online phone with corresponding tiles for Windows 10 Mobile. The Xbox tile is for Quick Jobs, the OneDrive tile is for Quick Save, and the rest are fairly self explanatory. The mod doesn't too anything in the way of functionality, but it's nice to see that Windows Phones have received enough attention that modders in popular games like GTAV have decided it's worth the time and effort that it takes to replace assets in game.