Someone is using HoloLens to create superpowered version of Batman’s iconic Cowl - OnMSFT.com Skip to content
We're hedging our bets! You can now follow OnMSFT.com on Mastadon or Tumblr! 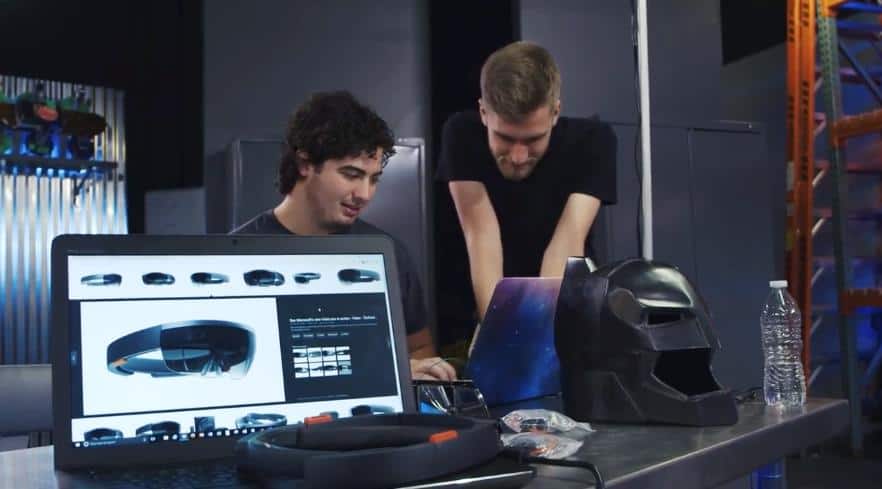 We've seen HoloLens used in some pretty interesting situations before, but did you ever imagine Batman wearing the headset and using it in crime fighting? Well, in the latest episode of Full Sail University's Hacker Labs, a talented team uses HoloLens to create a superpowered version of Batman’s iconic Cowl.

Some members of the team behind the Batman Cowl also previously created an Iron Man mask, but this time they've grouped together to take things a step further. They split up into Fabrication and UI teams, built a prototype mask, a platform for facial recognition, and a speech recognition system. Best of all, they're using Microsoft tech in the process, including Visual Studio, Cortana, Microsoft Cognitive services, and more.

This task is not easy, though, as the UI team has to code and make an interface that would work in a 3D space. They also have to add in a criminal database, weather information, back-end server communication, and find a way to store recorded audio and video files for a lie detector feature while the Cowl is being used.

The Fabrication team also faced challenges, needing to partially disassemble HoloLens in the front and seamlessly integrate it into the Cowl. They also had to think about the weight, heat, and creating shoulder pads for the battery. Of course, disguising Batman's voice and integrating a mic and speaker into the Cowl was also a hot issue.

Here's to hoping that Microsoft will partner with DC Comics and have Batman wear HoloLens in the next Batman movie. Be sure to watch the full video above and let us know your comments in the section below.

VLC Media Player 3.0 is out with support for HDR, Chromecast playback and more