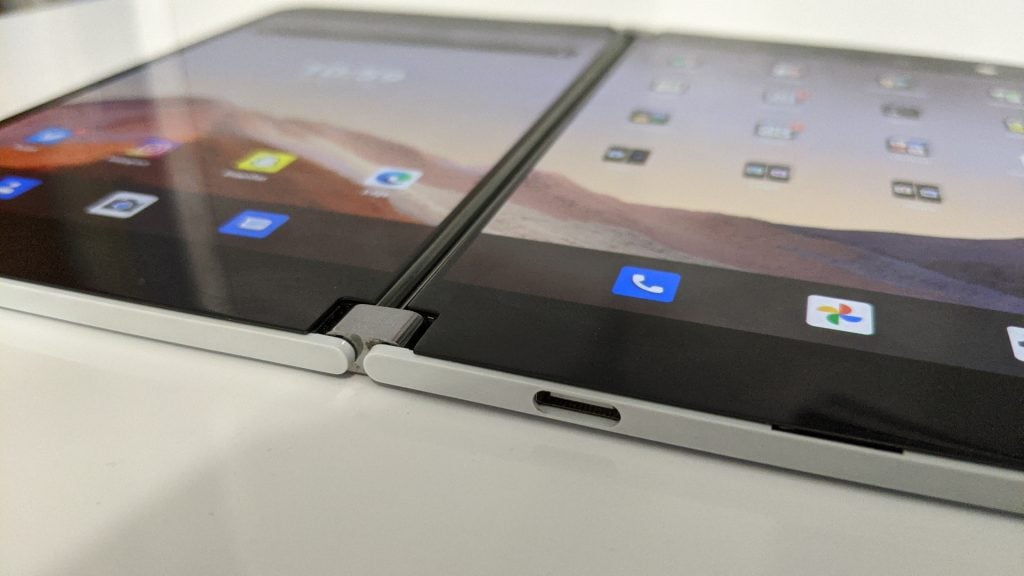 The design of the Surface Duo has been highlighted as one of the device's high points, but some early Duo adopters might already finding faults in it. As posted on Reddit, several users are experiencing a problem where the housing around the device's USB-C port cracks or chips.

We discovered two threads on Reddit where people have complained about this issue. In one thread, (via Windows Central) a user shows what looks to be a dinged-up Surface Duo, with a crack below device right near the USB-C port. Many other users in this thread rightfully question if this damage has been purposely done, but a separate Reddit posting confirms this user isn't alone and it could perhaps be a larger issue.

It's hard to exactly pinpoint if this is a big problem for the Duo, but the second Reddit thread puts things into comparison. Some users worry that the plastic could be the reason for the cracking. Others point to that part of the phone being too thin.

To be clear, we've had our own Surface Duo for a month and haven't experienced this issue. Many users on these Subreddits say they're now being careful when charging the Duo to avoid having the USB-C port crack. It could be that this issue is related to the charger, and maybe not drops. We'll be keeping an eye on this, but for now, let us know if you think this can be a big problem for Microsoft by dropping us a comment below.