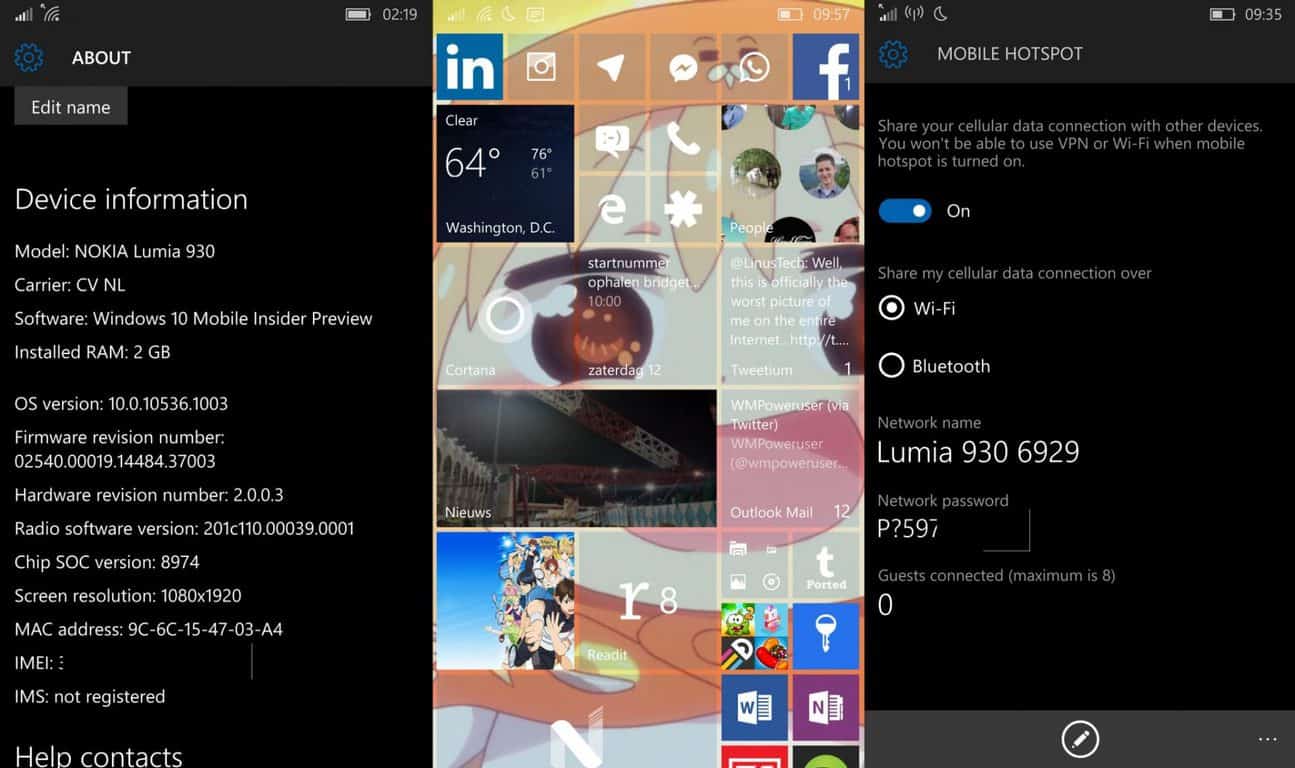 Late last night, I was informed by someone on twitter that they had somehow received build 10536, which Microsoft said just hours before hand that it would not be released due to a bug which would block future updates. Well, a number of people on Twitter now have claimed to be able to download the update, and we've got screenshots.
According to Michael Boumann, one of the lucky Insiders who was able to download 10536, says the build is a lot faster and snappier than previous builds, he also mentions a new zStorage app and working mobile hotspsots. Also, the lockscreen delay appears to be gone on his Lumia 930, which is awesome news. He has provided us with a couple screenshots which you can see on this post.

You might be a lucky insider, check for updates and let us know if you come across any random updates you shouldn't actually be able to download in the comments below!