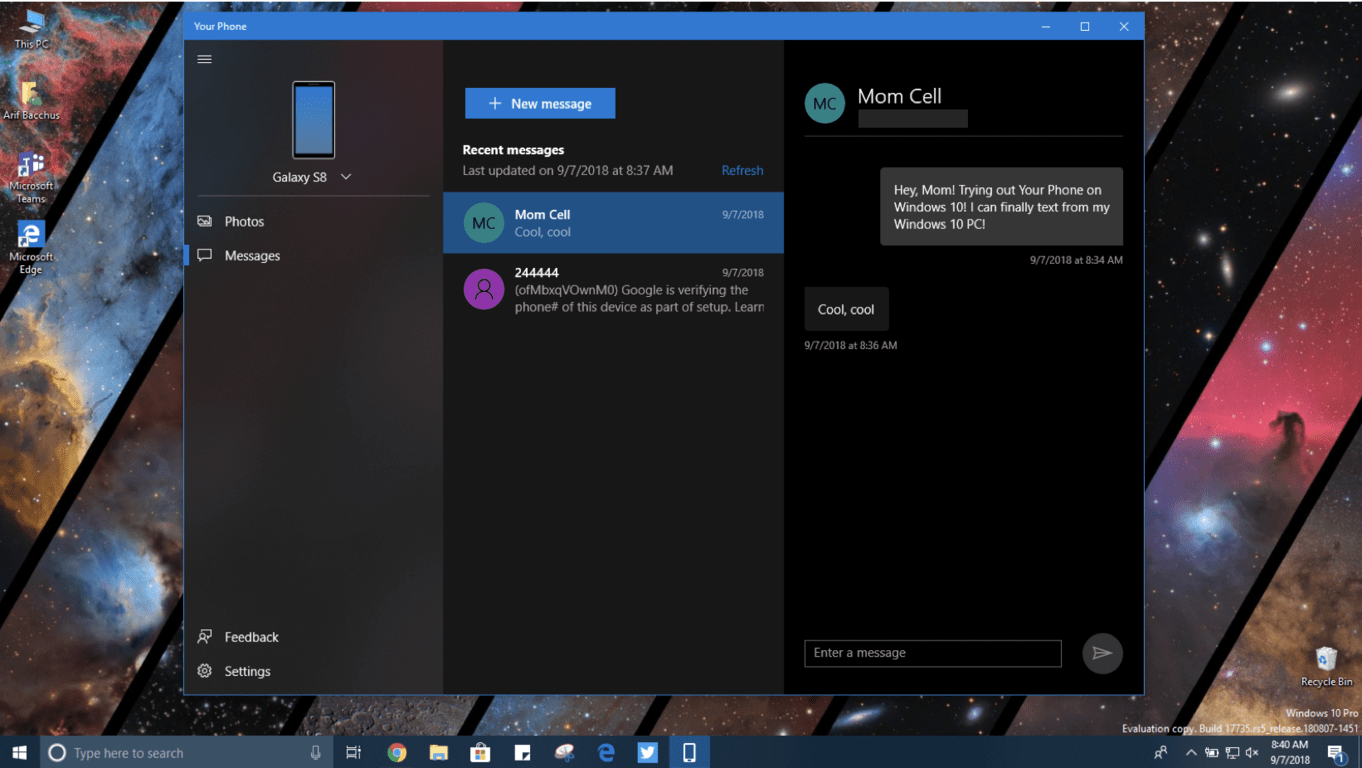 Microsoft has quietly released a new update for its Windows 10 Your Phone that finally enables SMS integration with Android phones. The latest version of Your Phone (1.0.12432.0) is currently available for all Windows Insiders, including those on the Release Preview Ring who got access to the app in late August.

While we only tried the SMS integration on a PC running a recent RS5 build, Richard Hay from the Windows Observer blog confirmed that it should work fine on the latest 19H1 builds as well as the April 2018 update. Setting up the SMS integration in Your Phone still requires you to install the “Microsoft Apps” app on your Android phone. In the case where you have multiple Windows 10 PCs with the Your Phone installed, be aware that you’ll only need to go through the setting process once for the SMS capabilities to go live on all of them, which is pretty cool.

Sending and receiving text messages from a Windows 10 PC worked fine in our own testing, but some basic features are still missing such as the ability to send pictures or deleting messages from the Your Phone app. Toast notifications also seem to be hit or miss, though Windows Central confirmed that when they work, they’re actually not actionable. Still, the overall experience is pretty good for a first version, and it will hopefully get even better with future updates.

It’s still not clear when Your Phone will be generally available for Windows 10 users, but we’re now closer than ever to getting an integrated messaging experience on Windows 10. For Android users still on older versions of Windows, the Skype team is apparently working on a similar “SMS Connect” feature that will also work with macOS and Linux systems. If you have an Android phone, let us know in the comments what do you think of the current SMS integration in Your Phone.