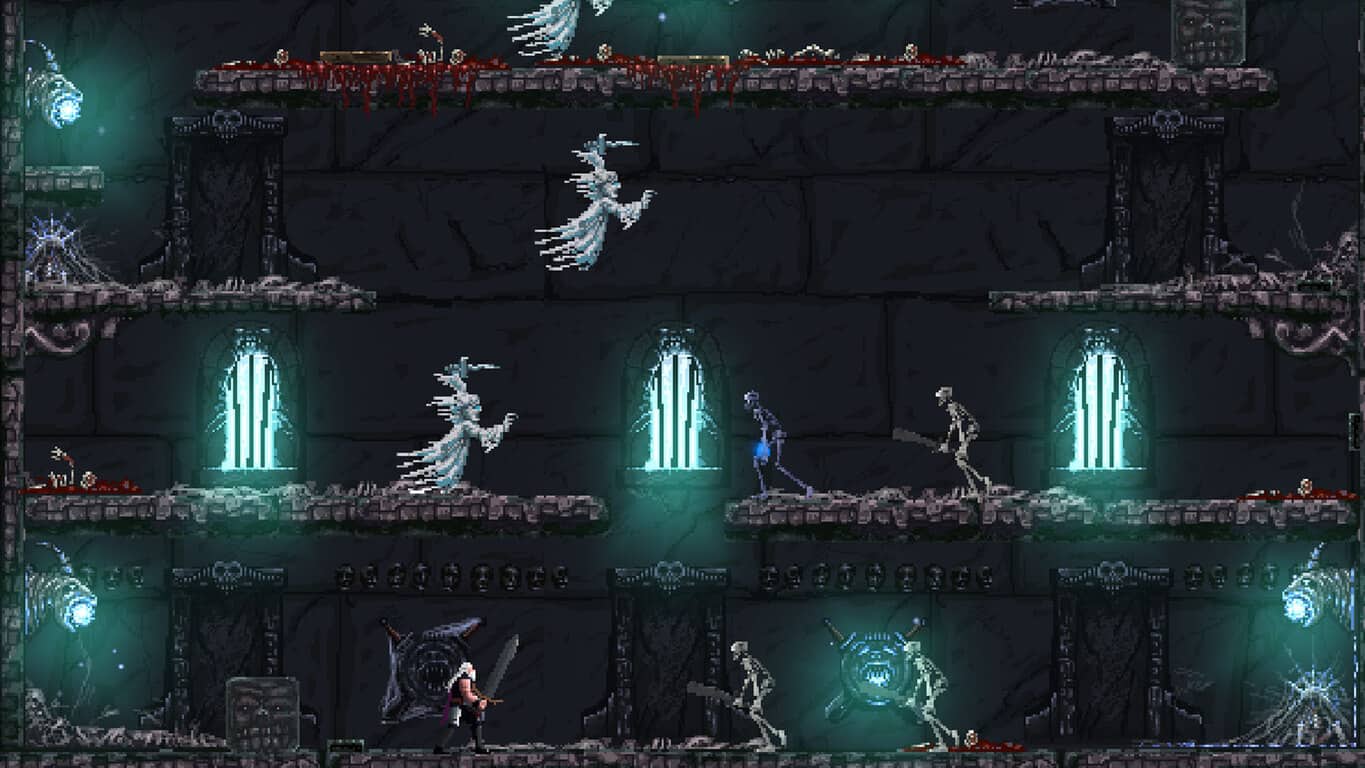 The upcoming arcade platformer, Slain: Back from Hell, has just been given the release date of October 5th for its launch on Microsoft’s Xbox One console.

Inspired by the hack-and-slash platformers of the 80s and 90s, Slain: Back from Hell features of 15 hours of non-linear gameplay across a variety of levels featuring boss fights, mini-boss fights, sub-mini-boss fights, and even “macro-sub-mini-boss fights”. The game contains no levelling or grinding but it does give the player the option of three unique weapons to choose from. The heavy metal soundtrack was recorded by Curt Victor Bryant, formally of Celtic Frost.

Here’s the official game description: 'Slain! - A gothic puzzle-combat platformer with gore galore. Putting a strategic twist on the classic hack and slash games of the ‘80s and ‘90s.' Players control Bathoryn, a hero in a Gothic world, seeking to liberate seven great towers from 7 deadly overlords. Bathoryn must battle his way through a doomed land packed with gruesome pixel art foes before ascending (or sometimes descending) each tower, defeating puzzles, traps and monsters alike. At the heart of each tower, he must confront a mighty overlord. Defeat it and Bathoryn’s quest continues. Fail, and you’ll die gruesomely – mauled by werewolves, disintegrated by floating monstrosities, squashed by great weights or torn apart by hidden blades. And you will fail…

Nick Alfieri, Director at Digerati, the publisher behind Slain: Back from Hell, had the following to say about the upcoming console release, “Since launching on PC, Slain has undergone a complete overhaul that has made the game a strong mixture of gory combat, platforming and strategy. These changes have earned high praise from the community and soon enough console gamers will get to experience the ultimate metal game.”

Are you looking forward to Slain: Back from Hell and are you a fan of its retro arcade graphics? Let us know in the comments below.