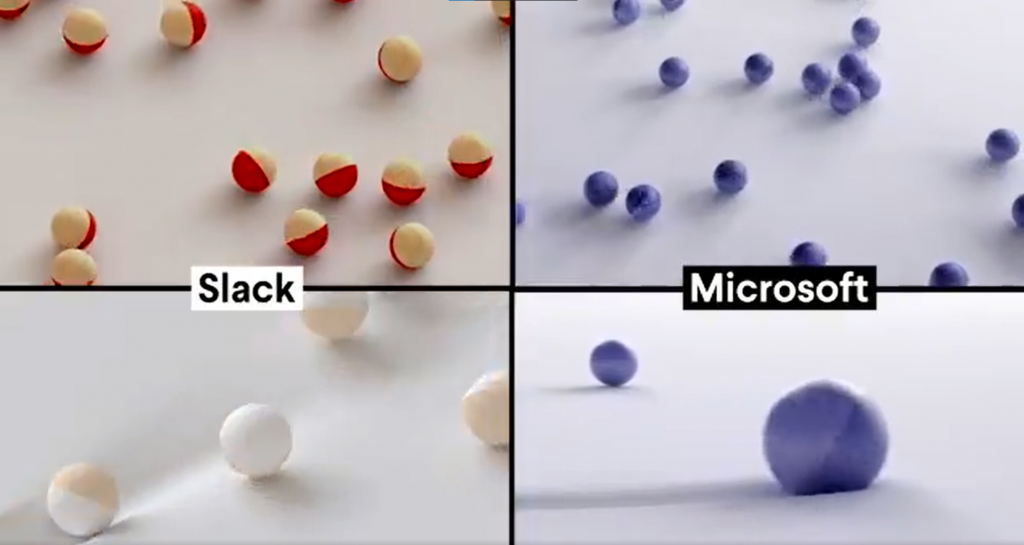 Perhaps, in an additional effort to redirect an arguably negative news cycle for the company, Slack is subtly calling into question Microsoft's latest efforts to market its competitive communication tool, Teams.

Earlier today, Slack took to Twitter to highlight a video the company released earlier this year the appears to be the muse of Microsoft's eerily identical ad that it recently used for marketing Teams.

Ignoring the pejorative generational label "boomer," it's clear Microsoft, at best, had either been heavily inspired by the Slack ad and ad worst is simply trolling Slack now that the service seems to have some wind at its back regarding adoption.

Slack had an unadulterated presence in the modern communication services for enterprise for three years with its well-adopted tool, however, Microsoft's ability to bring a competitive alternative to the industry relatively quickly has both companies publicly jockeying for mind and market share amongst businesses.

As time goes on, we should expect to see more this sort of jousting between the two companies as they fight for that coveted mass adoption tipping point that typically rewards the winner a "default" status during purchase and upgrade considerations.