Slack Beta for Windows 10 Mobile gets Do Not Disturb feature

Slack is a popular cloud-based collaboration tool which give users an ability to interact with their colleagues and work on projects. The service has dedicated apps for all major platforms, and if you’re using it on Windows Phone, Slack (beta) has received a decent, bug-fixing update.

The latest update brings a much-need Do Not Disturb feature for the app. As the name suggests, it restricts the messages you receive so you can spend some quality time off work, without the worry of seeing messages you receive on Slack all the time. The company describes this new feature as,

“The all-new Do Not Disturb feature is now fully supported on Windows Phone, making it easier than ever to see all the messages you want to see when you want to see them, not see them when you don’t, removing the worry about whether you might be disturbing others when you had no intention of doing that.”

Here’s a list of issues that are fixed in the latest update:

There are still a few known bugs which the developer is working on, but if you come across any major bugs, it’s best to let the developer know so they can fix it. Grab the app from the link below. 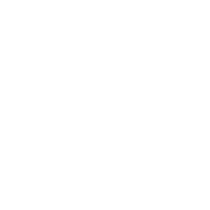