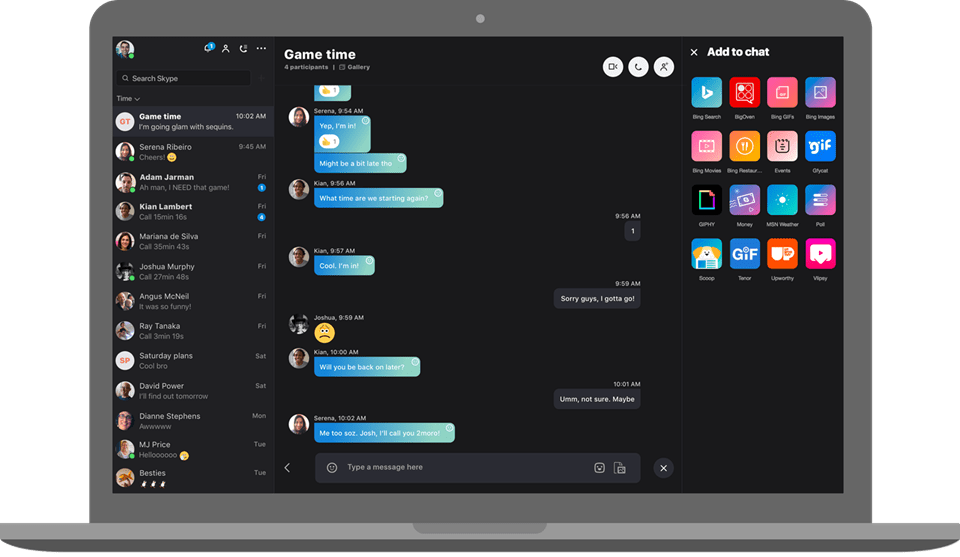 Two months after launching a preview of the new Skype experience on Windows and Mac (and a couple of weeks later on Linux), Microsoft announced today that the redesigned desktop app is now out of beta. For Windows users, the new client will start to roll out today for people running Windows 10 version 1511 and lower, Windows 8 and Windows 7 and who have automatic updates enabled. If you’re not seeing the update already, you can manually download the new app from this page.

If you’re running the Windows 10 Anniversary Update or higher, Microsoft wants you to use its Skype UWP app instead, which will get all the features of the new desktop client in the near future. To be clear, people running the Anniversary Update or higher won’t be able to download this new Skype app, though the “classic” desktop app is still available if you want it.

“The Skype for desktop Preview and the next generation of Skype for mobile improved the way you connect with your contracts and added expanded capabilities such as personalized themes, chat list, and @mentions to the Skype experience,” the Skype team explained in a blog post today. If the new Skype app looks more modern and introduces useful features such as the Chat media gallery and Reactions to messages, the app may not appeal to power users: it’s no longer possible to open multiple chat windows, and SMS support (something that the old desktop app and the new UWP app do have) is still missing for now.

Even if the new Skype desktop app is out of preview, it’s still a work in progress and it probably won’t please everyone. However, the redesigned client does offer a consistent experience and feature set across platform, which is probably a positive. Lastly, Skype Highlights, which are Microsoft's take on the popular Stories format invented by Snapchat are still exclusive to iOS and Android for now.